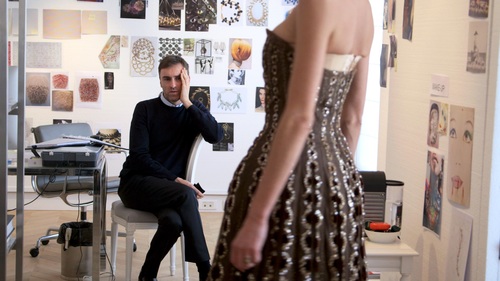 Dior and I | Movie review 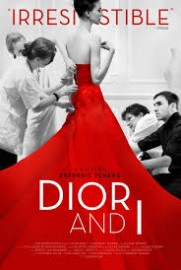 Following Raf Simons as he creates his very first haute couture collection for Dior, Dior and I is a feature-length documentary that reveals the inner workings of the design house, while also exploring the personal bonds between the collaborators and Christian Dior’s legacy. 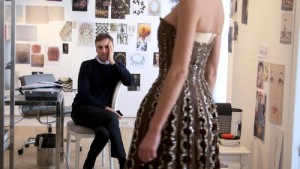 Back in 2012, when Simons was chosen as the new artistic director of the brand, many were left surprised as the Belgian native was widely known as a minimalistic menswear designer, with no previous experience in haute couture. Simons only had eight weeks to prepare his first collection for Dior, as opposed to the usual five or six months. So, with an unprecedented behind-the-scenes access, director Frédéric Tcheng takes the viewer on this very personal journey, exploring the challenges of finding one’s own voice under enormous pressure.

Six decades earlier, Dior instantly became a household name with his “new look” collection that re-established femininity by creating a silhouette with a tight waist, large shoulders and emphasised hips. Although he had such a great impact on fashion, Dior remained a very private man – a feeling of alienation that can be best explored through his memoir Christian Dior & I, in which he expresses how different “the man in the public eye and Christian Dior, the private individual” are. This theme becomes pivotal to the film as a voiceover of Christian Dior (Omar Berrada) occasionally takes the viewer back in time, reflecting on the inception of the brand with archival sequences. However, as the film progresses, the voiceover too shifts from the past to the present and acts as a commentary on Simons’ experience, drawing parallels between the two men’s experiences.

By doing this, Tcheng not only manages to create the atmosphere of the atelier, where Dior’s presence is constant, but delves into the personal connection the two artisans share with their work. This is what turns Dior and I from a great documentary into a great all-round movie – this exploration of the dauphin confronting the shadow of his predecessor, this dialogue between the past and the present that draws connections to distant moments in history.

Dior and I offers an exclusive look into the creative process of Simons’ first collection for Dior, revealing his passion for art and the great impact it has on his work. Most importantly, the film studies how the present can truly mirror the past.

Watch the trailer for Dior and I here: