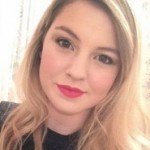 Over the years, we have seen countless celebrity dresses grace the red carpets. Here’s our pick of the most iconic and daring show-stopping styles from the red carpet that dominated the fashion industry.

One dress that has remained renowned over the decades, earning the title of “that dress”, is Elizabeth Hurley’s black Versace gown, which she wore to the premiere of Four Weddings and a Funeral with Hugh Grant in 1994. The black number featured a low scooped neckline with several cut-outs held together by gold safety pins; it has since arguably become one of Versace’s best known creations.

Actress Michelle Williams became an overnight style sensation after walking the red carpet at the Academy Awards in 2006 in a saffron Vera Wang dress. The dramatic ruffles and red bold lip helped Williams ooze old-school Hollywood glamour, whilst the colour was an unusual yet brilliant choice for the Oscar red carpet.

After becoming the first Spanish actress to win an Academy award at the Oscars in 2009, Penelope Cruz stunned on the red carpet in vintage Pierre Balmain. In the midst of Balmain’s rock-and-roll phase, Cruz stood out by wearing an incredibly demure dress. The princess gown was complemented with Chopard jewels, making it an elegant choice for the Hollywood star.

At the Academy Awards in 2010, Oscar-nominated actress Sandra Bullock looked every inch the winner in a gold Marchesa gown. The lace and pearlescent, sequinned  number’s statuesque silhouette enhanced her flawless figure, whilst her sleek brunette hair and statement lip made it sophisticated and timeless.

At the 2013 Grammy Awards, one of the most iconic dresses of the red carpet was undeniably Rihanna’s Azzedine Alaïa red floor-length gown. The singer commanded attention in the sheer dress, with a matching red lip and loose curls.

Making her Met Ball debut in 2014, model of the moment Kendall Jenner certainly made her mark in a custom-made Topshop dress. The light pink, mermaid-style gown with structured panelling and flared skirt put her model credentials on full display. Jenner kept her accessories simple by opting for a jewel encrusted clutch, and a beautiful diamond necklace.