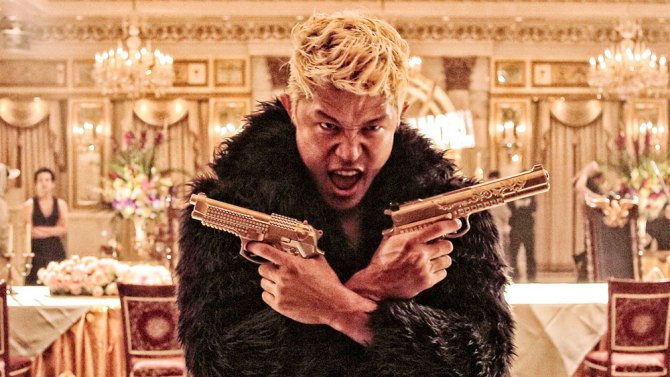 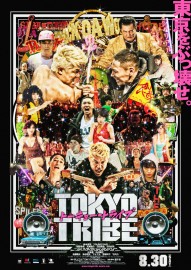 Despite its somewhat linear narrative, Tokyo Tribe is likely to be one of the more bizarre films you’ll see this year. Set in an undisclosed near future, director Shion Sono brings us a hip hop musical about the territory gangs of Tokyo. Based on a manga comic strip of the same name, this film really does feel like the inside of a (strange) 14-year-old boy’s head. The serving suggestion should be with a heaped tablespoon of salt, and the first 15 minutes will likely leave you confused and bewildered. But with some perseverance, the humour and sentimentality of the film really does shine through. There are really no villains in this movie, mainly because everyone is a villain at heart. If it’s cannibalism, sadism and debauchery you want, you’ll find it in Riki Takeuchi’s Buppa. His absurd character is a far cry from our personal rapping tour guide and narrator, played by Shota Sometani, who’s relaxed, grey hoody-wearing ramblings go some way to establishing character amid the madness. He takes us on a journey of manhood, madness and jealousy that has no equal.

Some of the more effective elements are the fight scenes and their ability to never go as expected. The martial arts heavy action sequences offer a welcome break from the constant rapping, which could lose its charm for some. To withstand this movie, there has to be some level of enjoyment of hip hop, as it’s a character in and of itself. One should congratulate Sono for tip-toeing, but never crossing, the West Side Story line, which is so often the case with gang movies. Rather, the aggression keeps it far from Broadway appropriate.

The only way to describe this movie is a spectacle. The theatrics are camp on a par with any good musical, the colour and style throughout the movie keeps you involved and a little on edge. If it’s an adventure you’re after, you’ll find it in Tokyo Tribe.

Tokyo Tribe is released nationwide on 8th May 2015.