Jackie Mason at the Adelphi Theatre 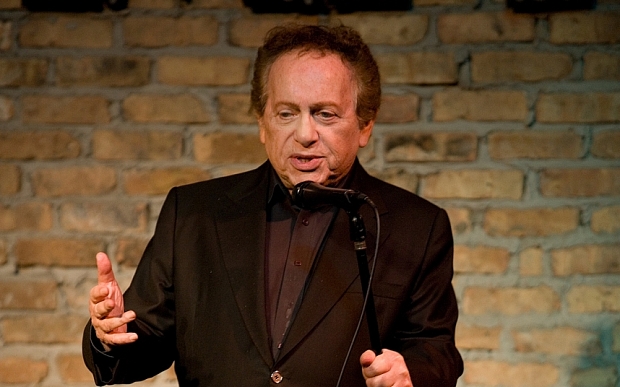 Jackie Mason’s six-night run at London’s Adelphi Theatre came to an end on Saturday, with Ready to Rumble being his last ever UK show.

Nicknamed the “Ultimate Jew”, Mason’s sharp wit is prominent. He retains his comedy charm and sticks to what he knows by satirising his religion. The set includes references to Jewish marriage, with the US comedian insisting he doesn’t know why they bother getting married, and mocking traditional Jewish stereotypes like being money savvy. Apparently, he is allowed to mock his own beliefs because he is a former rabbi.

Mason is known for his controversial comments on race and religion; this doesn’t go unnoticed by the audience, with awkward laughs taking place at times as he moves onto American and British politics. Topical stories such as his ignorance of technology are covered, insisting he turns to his eight-year-old grandchild for help. The comedian goes on to explain US celebrities Kim Kardashian and Kanye West, and the recent controversies of Sepp Blatter and FIFA are also discussed, all in Mason’s superb comic style.

The star’s sarcasm is evident during a spectacular rant on airport security. The fast section of the show includes how airport lines charge extensive amounts of money for any movement on the plane. The tirade displays Mason’s perfect comedic timing.

The second half of the show sees a less comedic and more personal style to the set. Talking to the audience and showing his true appreciation for the fans coming to see him time and time again, he reflects on his six-decade career. Mason’s enthusiasm is still as sharp as ever, with his showmanship and ability to laugh at his own jokes shining through on stage, making him even more likeable and charming. Seeing Mason live marks a standpoint in comedy history, with the comedian playing his final farewell shows in the UK. His unique observations on life will be truly missed by his UK fans.