As Is at Trafalgar Studios 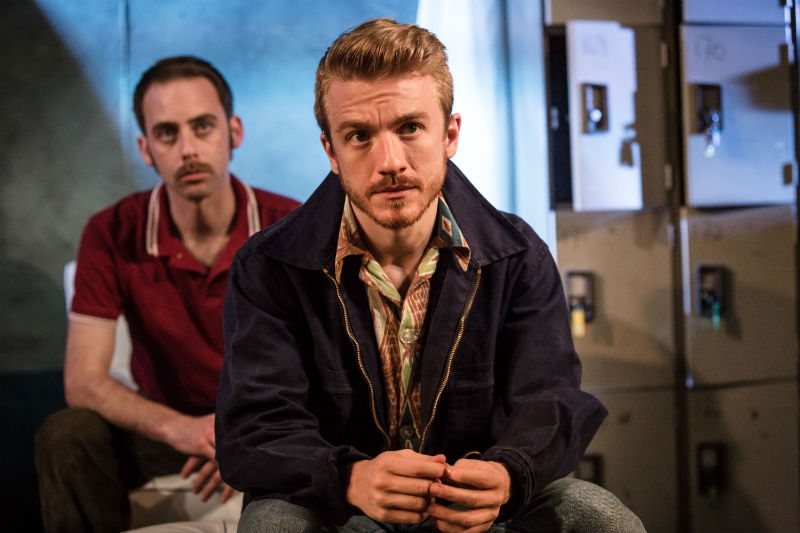 As Is at Trafalgar Studios | Theatre review

Considered to be the first play to deal with AIDS as its central subject, As Is first premiered on Broadway in 1985. It set out to explore the stigmas attached to the condition, but also to educate audiences at a time when the topic was taboo. Restaged 30 years later for a modern audience, it retains its freshness and its relevance as it promotes awareness among the general public and urges greater compassion. While the play approaches a very complex and sensitive subject, the quick scenes and overlapping dialogue make it a dynamic piece that does not indulge in the gloomy elements and succeeds in effectively imparting its message.

The topic is examined through the story of a break-up. Rich, a young writer beginning to find success, leaves his long-term partner, Saul, and immediately embarks on a new relationship. This romance ends abruptly when Rich tests HIV-positive, and he finds himself needing Saul’s emotional and financial support. As they face a whirlwind of emotions, they must also deal with the ignorance of those around them.

The play was written by William Hoffman in the early 1980s, a time when the condition was newly discovered but had already claimed many lives. So many, in fact, that he expressed himself thus in his original preface: “I knew intellectually that the epidemic was not the Holocaust, but I had no other experience of mass death and public indifference.” Hoffman felt powerless as he watched his circle of acquaintances get swept away by the virus, and feared he might be next. In order to deal with this loss and control his fears, he began to write the story of Rich and Saul, and it proved to be a cathartic, instructive experience.

Hoffman gives an insight into New York’s gay community and its various facets, and he sometimes plays with common stereotypes. Humour is used strategically to make the tragic aspects of the story bearable; when comedy blends into the poignant events, it somehow adds to the pathos of the characters’ journeys. The result is a bittersweet portrayal where all feelings – the joy of emotional bonding included – are heightened by the prospect of imminent physical decline and death. As Is must be commended for providing a raw and honest account of a reality that is often overlooked, but continues to affect millions of people worldwide.

As Is is on at Trafalgar Studios from 7th July until 1st August 2015, for further information or to book visit here.

The Four Fridas at the Royal Artillery Barracks | Theatre review
Audrey Hepburn: Portraits of an Icon at the National Portrait Gallery | Exhibition review