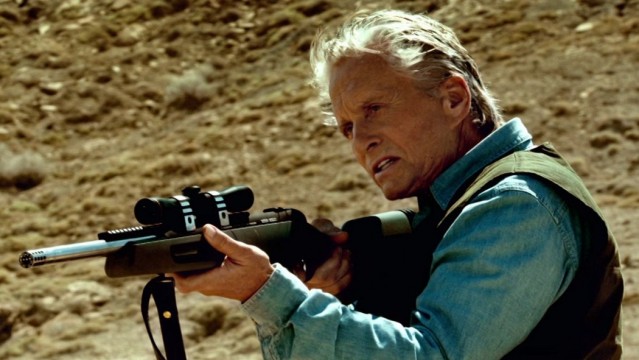 Beyond the Reach | Movie review 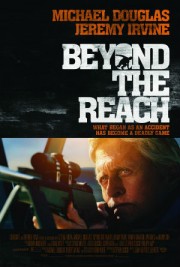 Jean-Baptiste Leonetti’s Beyond the Reach starts off slowly, almost painfully so and, unfortunately, it never really speeds back up.

The story begins when Ben (Jeremy Irvine) is tasked with escorting wealthy business man Madec (Michael Douglas) on a hunt through the Mojave Desert. Ben is, of course, the best tracker in the county and his girlfriend, Laina, has just left for college. After a deadly accident that Ben refuses to help Madec cover up, Madec decides silencing Ben is the only way out. What follows is a cat-and-mouse game across the desert in a paint-by-numbers thriller that never really gets too thrilling.

First off, neither character is particularly interesting: Ben is a run-of-the-mill surly blue collar worker, and Madec is a ruthless corporate shark. Michael Douglas’ performance is fun and gleeful, but Irvine’s Ben is so uninteresting it becomes difficult to care all that much for him. Every now and again it feels as though the film is building towards something, and some of the early chase scenes are suitably tense even if they never really reach that coveted “nail biting” status. The problem then becomes a film that relies too much on sequences and progresses without any tangible goal in mind (or, indeed, a character to root for), which becomes rather tedious. The script is mostly dull and occasionally stumbles into cringe-worthy territory; mostly, the film seems confused, unsure whether it should be an out-and-out manhunter horror-flick or a gritty survivalist thriller.

There are some beautiful shots though: this seems to be the film’s saving grace, along with Douglas’ performance. The desert scenery is gorgeous and the colouring of the flashback sequences is beautiful. The score is hit-or-miss but does offer up some memorable chase music at least. Honestly, with a better script and a more coherent story, Beyond the Reach could have been something great but as it stands, it’s dull, unimaginative and wholly predictable.

Beyond the Reach is released nationwide on 31st July 2015.

Watch the trailer for Beyond the Reach here: