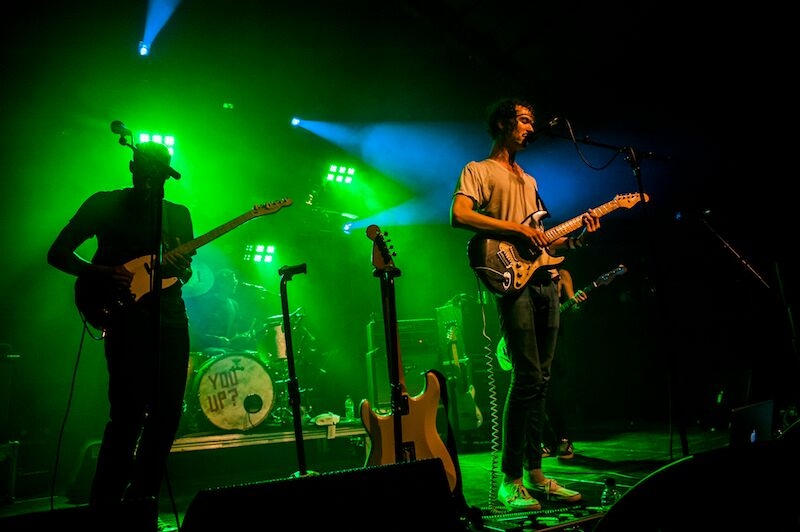 It is difficult to feel much happier with the sound of lo-fi, choppy, indie music than when listening to Darwin Deez whizz through an hour of upbeat songs. Fronted by their eponymous singer, whose perm and headband make him look like he’s an extra from a 1980s “Weird Al” Yankovic video, the band’s performance inside the spaciously renovated warehouse in Shoreditch is one for the eyes as much as the ears.

Having not long released the single Kill Your Attitude (their first material in over two years), and with an upcoming album, the band prudently sticks to mostly playing songs that everybody already knows. And there is no doubt that these four Americans are a well-rehearsed unit. Darwin, the group’s frontman, loves to show off his improvising talents as lead guitarist, while the others are at ease supporting him with tight, bouncing beats. At one point, he apologises for an extended version of Chelsea’s Hotel because it’s his “favourite thing to solo ever”. Nobody in the room seems to mind one bit.

A little kooky and different from most acts, they are known for their choreographed dancing. Every fourth song or so, they duly drop their instruments and come together to break out into what can only be described as Napoleon Dynamite-inspired movements. This is backed by a disparate mix of hip-hop and Enya, among others, which amusingly reflects the band’s overall off-beat character. Despite the pre-huddles leading to some dead air and loss of momentum, these strange routines work. The packed crowd, an undulating wave of heads and arms from the minute Constellations is first played, applauds these moments of rhythmic limbs almost more than the live music.

A spectrum of lights and the enthusiasm of the band (constant gesticulations, grimaces, and even tap-dancing) give the whole set a fun, disco-like vibe, that — after the group’s catchiest hit, Radar Detector, sees the peak that has been building up — leaves chants for a second encore that never comes. But no matter — Darwin Deez has done enough to be remembered tonight. 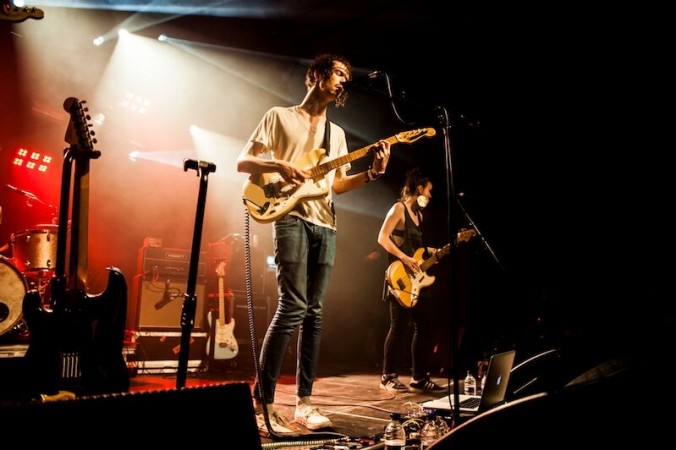 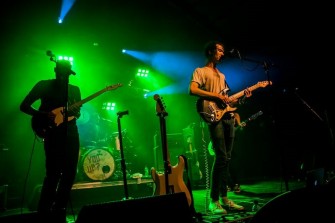 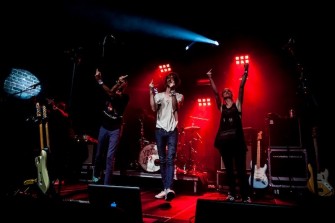 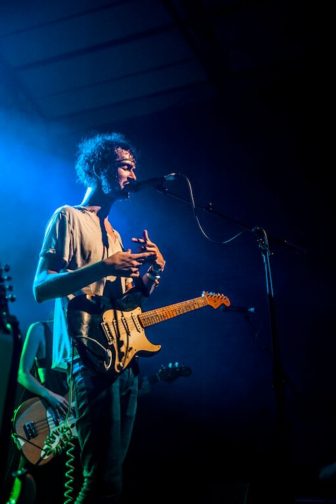 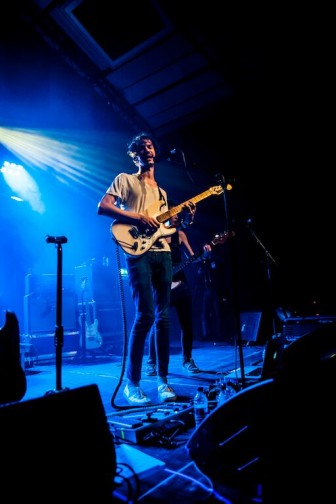 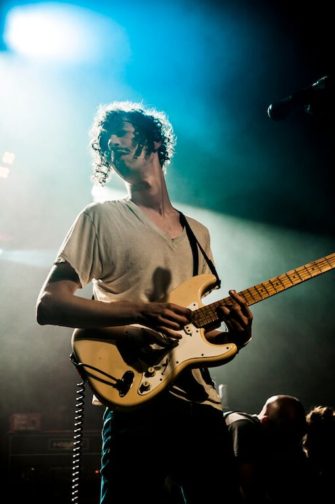