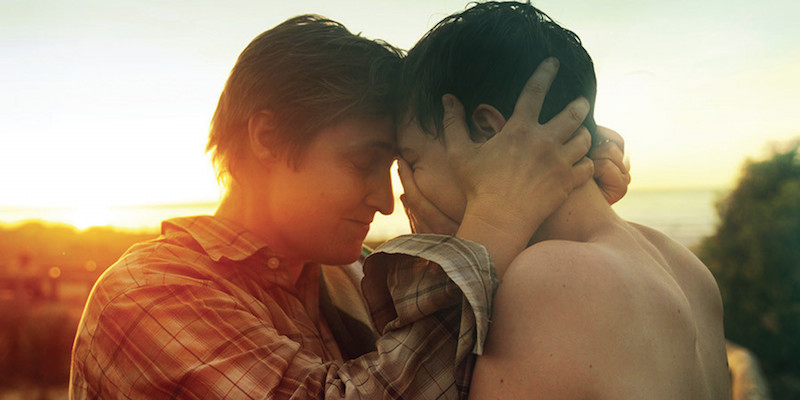 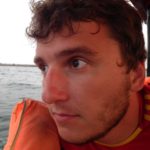 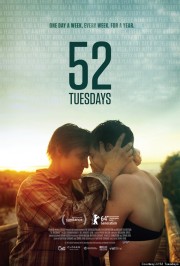 Recent progress in LGBT rights and advancements in medical science, making gender re-assignment increasingly accessible, bring new challenges as well as new opportunities for the transgender community. As the tide of awareness and understanding rises rapidly against age-old conventions and prejudices, individuals and families riding the crest are often braving as yet uncharted emotional waters in the deeply personal journey of transition.

52 Tuesdays, a low-budget Australian independent which has swept a plethora of jury prizes at film festivals across the world on its way to a UK cinema release, tells the tale of one such journey.

16 year-old Billie (Tilda Cobham-Hervey) is confused and frustrated when her mother Jane/James (Del Herbert-Jane) asks that she move from the home they share to live with her father for 12 months to help ease her transition from female to male. With the parameters of their relationship rapidly adjusting while confined to just a few hours’ contact on a particular day each week, the support systems upon which each relies are tested in unexpected ways. Their reluctant estrangement is further complicated when a chance encounter with a pair of older schoolmates sparks Billie’s own profound transition; from girl to sexually awakened young woman.

Debut director Sophie Hyde utilises a neat and original chronological narrative device whereby each scene of the movie takes place (and was filmed) on one of the titular Tuesdays in this most significant year for Billie and James. Each begins with a brief burst of genuine international news footage, which contrasts with the profoundly intimate social drama at play, and provides a palpable sense of both the pace and context of this particular 12-month period in human history. This authenticity carries over into a believable portrayal of the modern media employed by both lead characters in recording and examining their experience, and in particular, the use of interview footage featuring real people whose lives echo those portrayed on screen.

Factor in that the film is built upon two intricately honest performances by Coham-Hervey and Herbert-Jane, and adopts a script packed with hip energy, intelligence, and humour, and the net result is a must-see picture that is as entertaining as it is groundbreakingly, vitally informative.

52 Tuesdays is released in select cinemas on 7th August 2015.

Watch the trailer for 52 Tuesdays here: