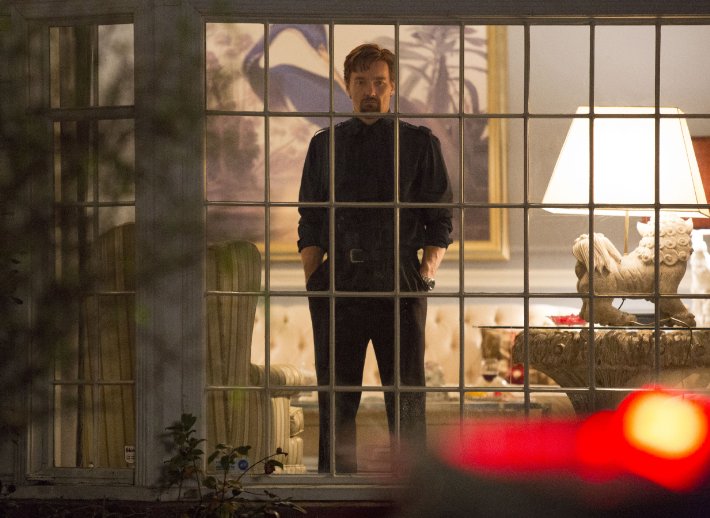 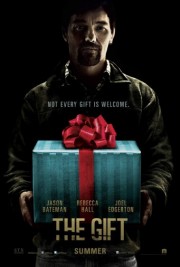 The Gift is the slow-burning directorial debut of Joel Edgerton, who also wrote and stars in the film. The thriller follows an affluent couple, Simon and Robyn as they relocate to Simon’s home town to rebuild their lives after a miscarriage. They encounter an old school acquaintance, Gordo, who begins to invade their quiet suburban existence with a series of gifts. He imposes his presence on their lives through presents; this goes from uncomfortable to dangerous.

Jason Bateman takes a departure from the comedic roles that have made him famous to play Simon, a man who must protect the life that he has carefully constructed. He maintains the dry wit that makes him an excellent exasperated, straight man for others to bounce off comically, yet here, there is something darker and more sinister.

Rebecca Hall as Robyn begins as tentative and naive, but her steely resolve soon begins to emerge. She manages to portray a range of emotions from suspicion, betrayal and anger, often without dialogue, but through a stern jaw or a piercing look. She is never a victim, despite finding herself caught a battle between two men, but takes control in her role as detective. The obsessive Gordo (Joel Edgerton) is suitably awkward and menacing. Yet, like all the characters in this film, he is not so straightforward. Edgerton does well to make Gordo somewhat sympathetic with his nervous energy, rather than a straightforward villain.

The film follows the gradual development of the characters’ entwining relationships, the life Simon and Robyn build around themselves, and how it comes apart. Lighting and sound play an important part in creating atmosphere and manipulating the viewer’s trust and perception of each situation. The story unravels slowly and over many months of the couple’s lives; there is ample time to become familiar with the characters, and also to mistrust them. Are they reliable protagonists, or are the audience as mixed up in this tangled web as they are? After the slow build of the film, the resolution passes by almost too quickly. This quickening of the pace is unexpected and wraps things up in a way that will leave viewers trying to make sense of it all, even as the credits roll.

The Gift is released nationwide on 7th August 2015.

Watch the trailer for The Gift here: