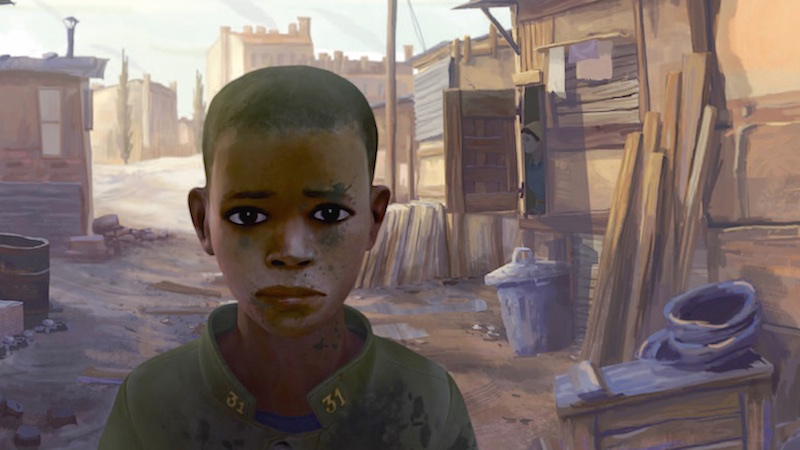 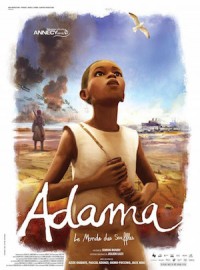 This animated feature film tells the tale of a young boy, Adama, from an unnamed West African village. It’s 1916 and his older brother Samba runs away to sign up to fight for the Nassaras, an unusual dialect word referring to white people or strangers, in this case the French. Adama is determined to go after Samba and bring him back, braving a journey across continents and through the perils of deserts, seedy Parisian back streets and, finally, beyond the trenches of the front line into no man’s land near Verdun.

In many ways, Adama tells a classic coming-of-age story, and many of its tropes are highly recognisable even if the setting is not. As he travels to find his brother, Adama makes new friends along the way, from the unlikely soldier Djo, whose disillusion with fighting provides a counterpoint to Adama’s boundless energy, to a young low-level criminal with a complex set of motives. Adama sets out to find one brother, but in fact he comes back with many.

In his first feature-length film, French director and screenwriter Simon Rouby offers an unusual style of animation. The painterly backgrounds depicting African plains and European streetscapes are beautiful, and the atmospheric animations of bubbling mud, sandstorms and explosions are powerfully done. The film also contains a stunning monochromatic scene in which Adama sees a vision of the modern world, combining images of smoking factories, guns, troops of soldiers and steam boats. However, Rouby’s presentation of his animated characters falls unfortunately flat. Although they are designed to look human and realistic, the film proves how difficult this is to achieve. Whilst Adama’s facial expressions are well conceived and often moving, those of secondary characters are often less well thought-out. The overall effect is one of slightly clunky CGI figures moving across a landscape with which they have little connection.

Nonetheless, the characters are otherwise convincing and each plays an important role. Particularly effective is the figure of Abdu, a rather unhinged beggar dressed in a jester’s hat, who acts as a sort of spirit guide for Adama along his journey. The narrative has a pleasing roundness to it, and the recurrence of various visions and omens gives the tale a folkloric aspect that works well. Adama’s local people have a name for what lies outside the protective cliffs which surround their village: “the world of the winds”. The implied vision of the modern world is borne out in the presentation of the film. The world of 1916, as of today, is one in which lives are pulled along by chance, opportunity and unplanned acquaintances made along the way. It’s a poignant message in this age of enormous population upheaval and migration, and makes the film’s release after three years of production particularly timely.

Adama does not have a UK release date yet.

Watch the trailer for Adama here: