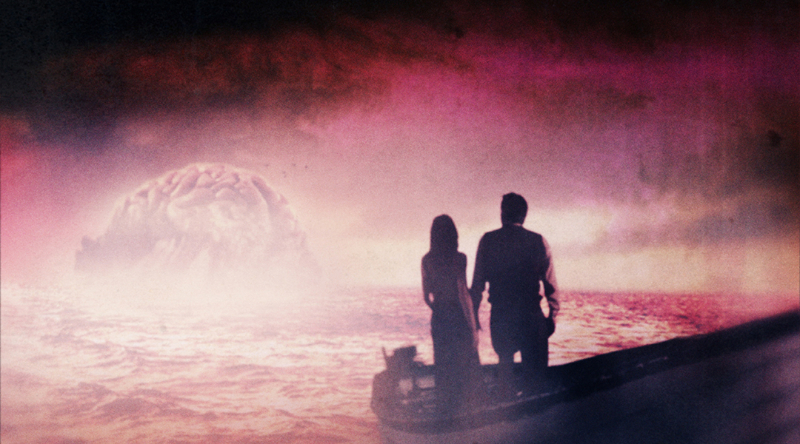 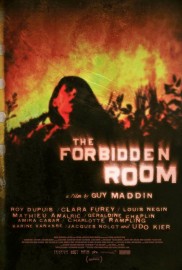 The Forbidden Room is much like a bath, and it’s bath-orientated bookends pose a simple question. With warm water, distorted limbs and hot steam, one’s feelings can swing between release and claustrophobia: is a bath entirely enjoyable?

Such are the range of emotions evoked through Guy Maddin’s two-hour phantasmagorical whirlwind. Co-directed by Evan Johnson and brimming with talent (Roy Dupuis, Mathieu Amalric and Charlotte Rampling, to name a few) the film is collection of vignettes strung together by the loosest (or most expansive?) of narratives. The opening quote of “gather up the fragments that remain, that nothing be lost” (John 6:12) is sound, albeit impossible advice.

The constantly shifting temporal and geographical planes create a comically terrifying and esoteric barrage. Combining archaic aesthetics, such as recurring textual silent film homages (“[o]nwards into the jaws of a jeopardous melody”) and theatrically stilted acting (much of the filming was done before a live audience), Maddin nods sagely at film’s implicit irony.

Fragmented worlds meld, melt and obliterate each other with a psychotic fervour. Refuting simple narrative the scenes jump from a doomed submarine crew “forty fathoms deep” to a never-before-seen woodsman engaging in the lesser-known sport of bladder-slapping to an eerily jolly song about a lustful man “plagued by bottoms”. It is therefore unsurprising that these dreamscape snippets operate with a dream-logic where pancakes hold sacred air pockets for suffocating sailors and banana-monsters seek to enlighten distressed damsels.

Trying to evince single pure truths from The Forbidden Room would be as effective as treating corn flakes like a jigsaw puzzle. But themes glimmer beneath the haze and havoc, for example the duality of emotions, in both feeling and perception. Love spills to fear, lust to hate and excitement to foreboding. Though many characters move through the film utterly baffled, perhaps the only emotion that cannot be inferred is surprise.

What the film lacks in narrative it makes up for in creativity, blending pastiche, parody and satire. Though entirely indulgent in its length, the absurd bursts of comedy relieve while the moments of beauty sustain the viewer. The briefly flashed image of a bath plug chain is perhaps the most succinct summary one can hope for in attempting capture the entire work: multiple, seemingly unconnected, well-wrought spheres of interest that ultimately tail into dead-ended twirl back upon themselves.

The Forbidden Room is released on 7th October 2015

Watch the trailer for The Forbidden Room here: