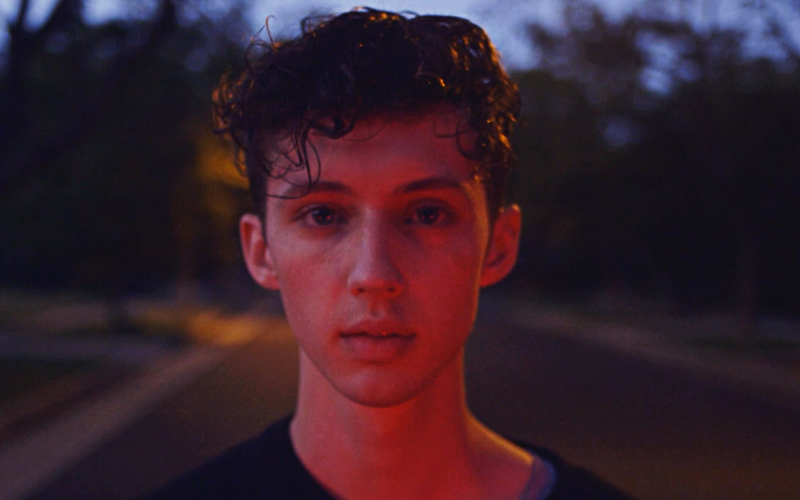 Amassing more than 3.7 million subscribers on his Youtube channel, Australian personality Troye Sivan is already an internationally recognised figure in the entertainment world. After a compelling debut EP last year, this month he unleashes a new wave of musical flair with his debut album, Blue Neighbourhood.

Sivan’s musical personality is deeply introspective. Wild, the opening track of the album, is the perfect introduction to the Australian singer’s mellow but effortless vocals. However, it marks a rare moment in which Sivan comes out of his introvert shell, as the dreamy electro-pop backdrop is overwhelmed with a radiant, euphoric ambience from the youthful, “wild” chants, colourful synths and the sparkling vocal melody.

This album could be a soundtrack for the nocturnal realm. Bite is a slice of dark-coloured pop, immersing listeners in a cryptic musical world with Sivan’s android-esque voice, ripples of narcotic synths, throbbing beats and minimalist sonic textures; Bite is like the spine-chilling dub pulse of James Blake spiced up with a seductive pop vibe. Similarly, the complex wizardry of DKLA (ft. Tkay Maidza) exudes a mysterious aura, surged on by haunting harmonies, gloomy bass, shadow-tinted vocal samples and intricate yet pounding rhythms that beat at a glacial pace.

Another highlight of this album is the concluding number, Suburbia. A four-minute autobiography of his life in hometown Perth, this track shines a spotlight on Sivan’s shy but emotionally burning voice and his poignant lyrics. Furthermore, the track invests in opulent symphonic strings, a heart-pounding drumbeat and sonorous piano chords to add a touch of grandeur.

Troye Sivan is not just a regular Youtube sensation, who just talks in front of a camera at home. He is a groundbreaking musical talent with a melancholic voice and an enticing quality, unparalleled by others. It is hard to believe that he is still only 20 years old, an adolescent in the global music sphere. Blue Neighbourhood is a spellbinding album, polished to perfection, and representative of today’s generation.

Blue Neighbourhood is released on 4th December, for further information or to pre-order the album visit here.

Watch the video for Wild here: