Nutcracker! The Musical at the Pleasance Theatre 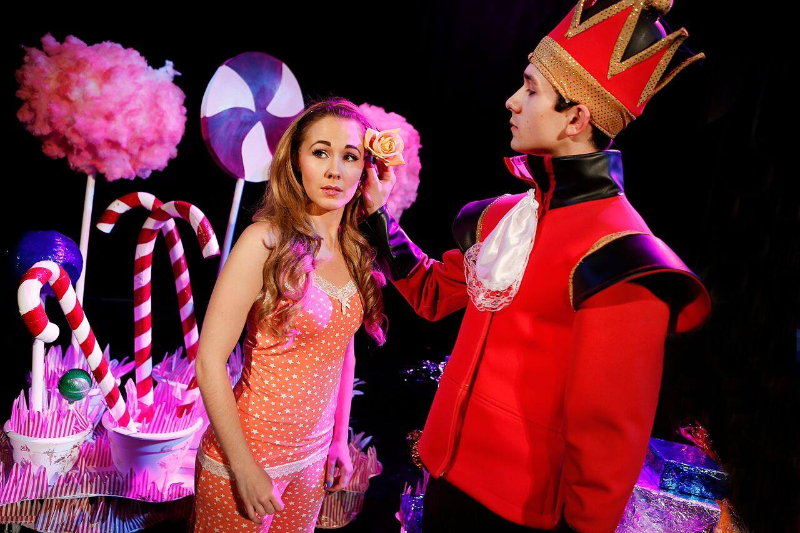 Nutcracker! The Musical at the Pleasance Theatre | Theatre review

The Nutcracker suite is one of those time-honoured Christmas traditions (or at least, select few musical works) that most are aware of but few have truly experienced. Now, Emmy award-winning writer Nancy Holson has updated the timeless tale in the form of Nutcracker! The Musical, bringing it back to life.

Nutcracker! is the tale of Marie and her Nutcracker Prince, based more on the original fairy story than Tchaikovsky’s ballet adaptation. The first half – geared more towards kids in both the humour and the whimsical nonsense – has the kingdom of Chronenburg celebrating the birth of Princess Pirlipat (so named because of her full set of teeth at birth) and her disfigurement at the hands of the vengeful queen of the mice. The only way to save her is for a young man (who of course must also meet absurd guidelines) to crack the hardest nut in the world and feed it to her. Drosselmier, the Royal Clockmaker, takes on the task of finding the nut. After all that, the second-half (Marie’s part in the tale) feels a little rushed, though the humour here feels more on point.

The songs are all written to Tchaikovsky’s score to great effect. Though here are a few audio issues here and there where the music drowns out the singing, this is usually a harmless annoyance rather than a genuine problem, even amid the simple plot. The dance numbers are spectacular for such a small-scale production, and the cast is on the whole strong. Jamie Birkett outshines everyone as the nefarious Mouseyrinks, rendering the remainder of the company a little dull in comparison.

Kid’s will eat it up; there’s a good mix of nonsense and slapstick, and though adults may find themselves having to wait a while for more complex jokes, they do come, and they are rewarding. As good fun as any Christmas panto, Nutcracker! The Musical is definitely worth a watch this Christmas season.

Nutcracker! The Musical is on at the Pleasance Theatre from 9th December 2015 until 3rd January 2016, for further information or to book visit here.

Watch a song from Nutcracker! The Musical here: