Wonder.land at the National Theatre 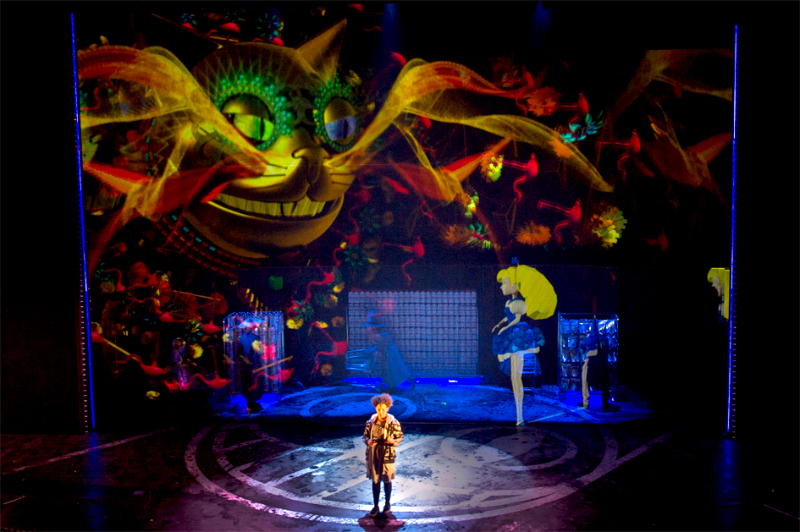 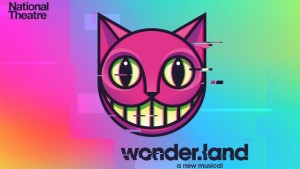 Created by Damon Albarn, Moira Buffini and Rufus Norris, Wonder.land is an ambitious and extraordinary re-imagining of the Alice in Wonderland story, set in the age of Internet gaming.

The set is ever-moving with a mixture of mediums contrasting the two worlds. The real world is drab and tangible, whereas Wonder.land is created digitally and on screens, and leaps about as frantically as the characters.

Lois Chimimba carries the show as Ally, who is bold and rambunctious as she stands up to her bullies with sharp humour. But she is still hounded by her real problems and her loneliness, making this fantasy world all the more appealing. Chimimba is convincing as a teenager, bringing both vulnerability and confidence to the character.

Joshua Lacey manages to convey much with his body alone as the oddly silent and disjointed White Rabbit. Anna Francolini is terrifyingly dominant as Ms Manxome, yet there are glimpses of the loneliness that drive her quest for ultimate order. Carley Bawden is the avatar of Ally, yet she manages to carve out her own character rather than mimic. She also manages to do so actively, in a rather precarious looking pair of heels.

Hal Fowler is wonderfully charismatic as the MC/ Cheshire Cat, and gives a show-stealing performance that harks back to Dr Frankenfurter from Rocky Horror, the MC from Cabaret and Harold Zidler from Moulin Rouge.

All of the cast display amazing vocals, which convey realms of emotion within their warbles and quavers. The songs are suitably barmy and sit comfortably between the traditional musical style and something completely bonkers. As with the rest of the play, they seem to work because they are not trying to be too “cool”.

The Internet and the world of online gaming provide a brilliant setting to update the fanciful world of Wonderland. The milieu allows a plausible explanation for absolutely anything the imagination can dream up and taps into a place of escapism and virtual acceptance, which for many can be equally as, if not more important than, reality.

The only slight issue with the play is that, because its target audience is so broad, at times it risks occasionally alienating everyone. Nonetheless, this is a small matter in light of so many visual delights, with a fast-paced and quick-witted soundtrack to match.

Wonder.land is on at the National Theatre from 23rd November 2015 until 30th April 2016, for further information or to book visit here.

Watch the trailer for Wonder.land here: