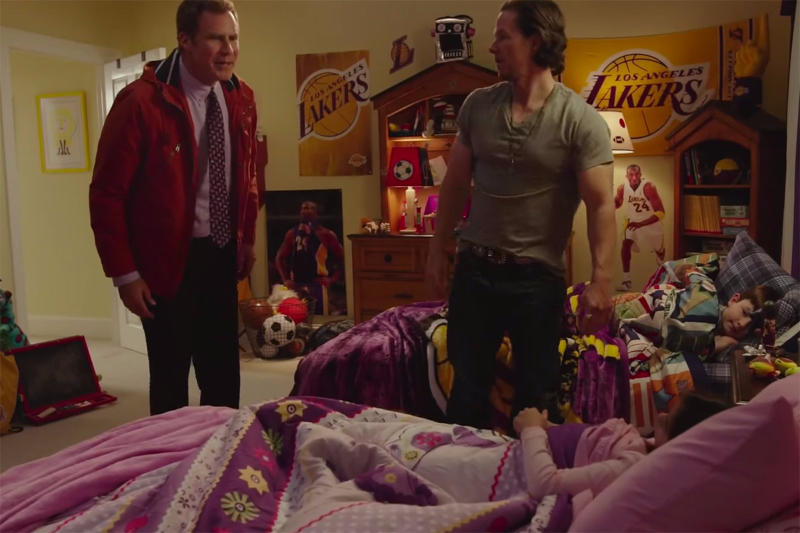 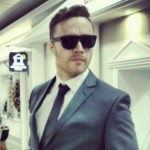 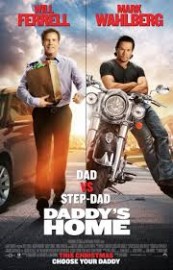 Brad (Will Ferrell) is the doting but stuffy step-father to Sarah’s (Linda Cardellini) two young children, Dylan (Owen Vaccaro) and Megan (Scarlett Estevez). The kids waste no time in explaining exactly how they feel about their incumbent father figure: “That’s homeless man poop on your head”, explains Megan about another painting for the fridge door. To compound the challenges that Brad faces in winning over his new family, the children’s biological father Dusty (Mark Wahlberg) soon arrives on the scene. He provides a tempestuous, passionate and musclebound challenge to Brad’s loving but “safe” fatherly routine, which the kids can’t help but prefer (mainly due to free gifts). Dusty makes it his mission to win back his family by proving he is better than middle of the road Brad.

What follows is a competition for the kids’ affection that never strays too far from the comedy precedent set by both Ferrell and Wahlberg in previous films. Ferrell excels as the mild-mannered and wonderfully square straight man, while Wahlberg puts in another solid performance with his in-your-face tough guy shtick. The two share an undeniable onscreen chemistry that leads to some genuinely funny comedy beats throughout (a debate-cum-macho competition about DIY is a particular highlight). Stand-up comedian Hannibal Buress’ performance as handyman Griff is also of note. Buress’ trademark style of over-explanation and utterly deadpan delivery provides a great counterpoint to the energy of Ferrell and Wahlberg’s exchanges.

Ultimately, this is a family friendly comedy that was never going to break the mould or challenge genre norms; there was never any doubt that the kids would eventually come to love Brad, or that Dusty would learn how to be a proper father figure. However, Daddy’s Home provides an enjoyable setting for Farrell and Wahlberg to humorously run amok, displaying their excellent chemistry with slapstick and solid dialogue throughout.

Kanada-Ya in Piccadilly | Restaurant review
The Social Brain: How Diversity Made the Modern Mind by Richard Crisp | Book review