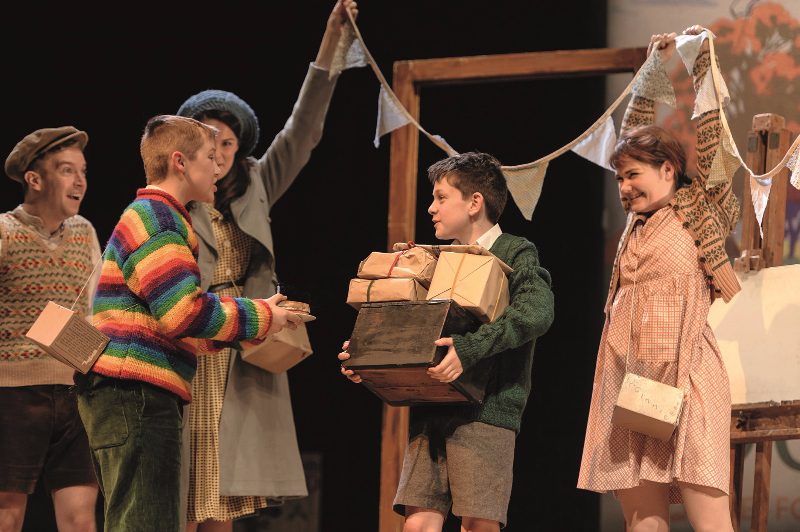 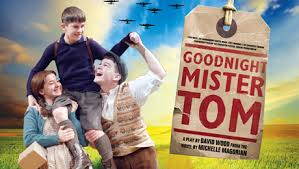 The third theatrical adaptation of Michelle Magorians’s classic novel, Goodnight Mister Tom, is now showing at Duke of York’s Theatre. After a 20-year wait for the rights to produce this play, director Angus Jackson brings to the West End a thoughtful and provocative rendition of the World War II tale.

The story begins with a young evacuee, William Beech (Alex Taylor-McDowall), arriving at home of Tom Oakley (David Troughton) to escape the bomb raids in London. Having suffered years of abuse from his mother, William is an anxious young boy unable to read or write. Mister Tom, as the child calls him, begins to teach the boy and they quickly become friends. However, soon William must return to his mother and the unpleasant life he thought he’d left behind.

The casting on the whole is quite impressive. Taylor-McDowell and his on-stage companion Oliver Loades, as fellow evacuee Zach, both show a strong, confident stage presence. Troughton’s performance is the thread that holds the play together and as the story unfolds, Mister Tom transforms from a cantankerous old man to a loving father. Elisa De Grey also deserves a mention, as her puppeteering of Sammy the dog is realistic and humorous throughout.

The scenery is perhaps a little uninspiring at times, leaving too much to the audience’s imagination. Despite a moment in the second half, when the scenery changes dramatically, it is hardly show-stopping. The musical contribution is also lacklustre and, more often than not, seems a little misplaced.

However, Goodnight Mister Tom is redeemed by its script and acting, which is heartfelt and sincere. The play deals sensitively and honestly with issues of death, abuse, war and love, without feeling inclined to sanitise them. The tender moments, in which relationships between characters are beginning to form, are moving and the audience can walk away feeling elated by the ending.

Goodnight Mister Tom is on at Duke of York’s Theatre from 11th December 2015 until 20th February 2016, for further information or to book visit here.

The Social Brain: How Diversity Made the Modern Mind by Richard Crisp | Book review
Bill Bailey – Limboland at the Vaudeville Theatre | Comedy review