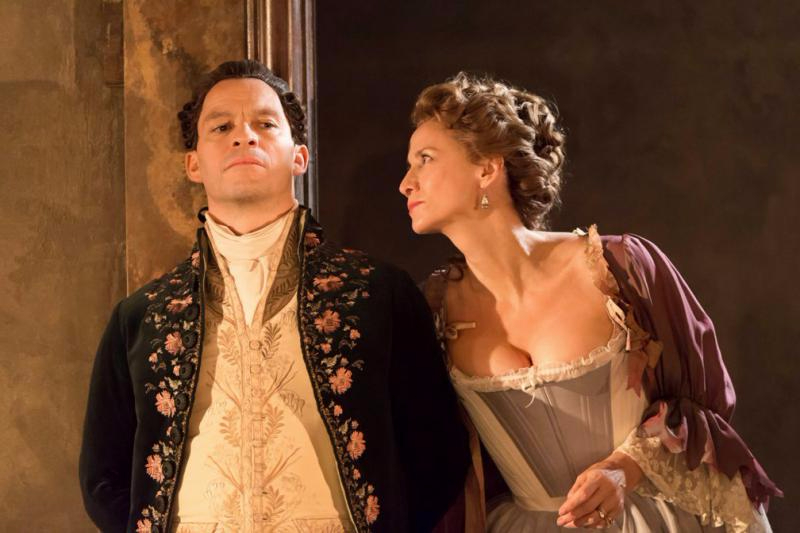 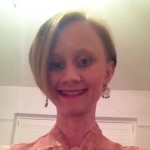 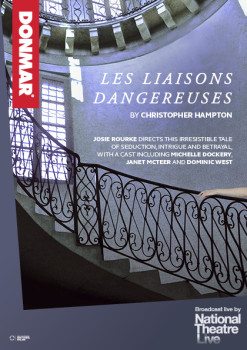 This powerful and subtle piece of theatre, filled with a wonderful variety of performances, is gripping from beginning to end. Its gradual build-up of tension only intensifies as the Marquise de Merteuil and the Vicomte de Valmont’s plan comes together.

Part of the play’s success lies in Janet McTeer as the manipulative and cold Marquise de Merteuil and Dominic West as the conflicted and troubled Vicomte de Valmont. Both add extra layers and depth to their characters as the play unfolds. Elaine Cassidy’s Madame de Tourvel reveals her inner turmoil towards the Vicomte de Valmont so effectively that in places it is almost painful to watch.

This rendition of Les Liasons Dangereuses is certainly glamourous, thanks to the beautiful set design by Tom Scutt, and really brings to life the regal, elegant and superficial nature of the era. But, like the candles that are burning on stage, it is a slow-burner of a production that maintains its grip on the audience’s attention from beginning to end.

Every scene flows with ease. Plans begin to fit into place, but no one can see the direction that everybody’s lives are going to take until it is too late, thanks to a few twists and turns. This ensures that the audience are on the edge of their seat throughout.

Sexy, seductive and gripping, this is a memorable, powerful performance that is utterly unforgettable.

Les Liaisons Dangereuses is on at Donmar Warehouse from 11th December until 13th February 2016, for further information or to book visit here.