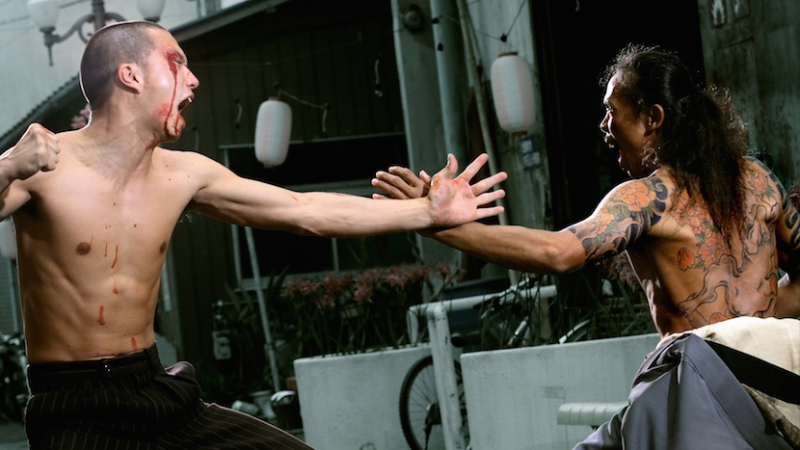 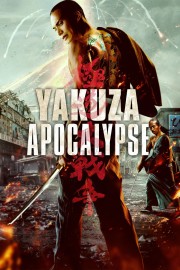 For a movie about Japanese gangster vampires, Yakuza Apocalypse is remarkably dull. At least at first. Things pick up in the third act, but it’s just a series of “what the f***?” moments.

It’s difficult, if not impossible, to follow what’s going on in Takashi Miike’s newest release. It begins as a simple Japanese mob film with a little violence but generally without a whole lot happening. Then a weird religious-looking man shows up, later there are swarms of vampires, a guy with a beak and some crazy frog person. It’s delightfully insane, but a little too much at times.

It’s horror, action, comedy and a whole host of other things all rolled up into one mess. From a horrifying rape scene to a humorous dynamite moment, the movie pulls from one emotion to another and back again.

Yayan Ruhian, the incredible martial arts actor (known best for his role in The Raid movies) stars, but is wasted. His one good fight scene is cut short and his awesome skills just aren’t put to much use beyond that. There are instances of well-executed choreographed combat, but not enough. Hayato Ichihara, as the vampire Yakuza Kagayama (the psuedo hero of the movie) engages in some decent nail-biting fisticuffs towards the end. But for a movie starring these great martial artists, it’s a shame they aren’t put to any proper use.

Ichihara does a fine job acting too, particularly during his final showdown with Ruhian. Some of the other cast aren’t too bad either but, to be fair, no one will be looking to Yakuza Apocalypse for anything other than fantastic violence, in a totally batshit crazy world.

Yakuza Apocalypse is unhinged and puzzling. But it’s just bad enough that many people might actually love it, once they get past the rather uneventful first half that is.

Yakuza Apocalypse is released in selected cinemas on 6th January 2015.