Feast at the Battersea Arts Centre 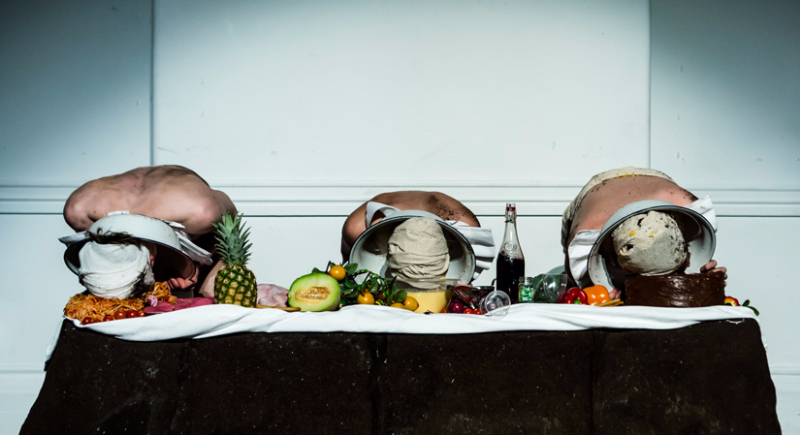 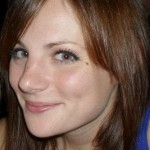 From the moment the auditorium doors open to reveal three half-naked, masked figures kneeling in a bed of dirt, reaching upwards to the sky, Clout Theatre’s Feast is a brutal attack on the senses from the very beginning. Not one for the faint-hearted – or the passionate foodie – this gruesome one-hour spectacle presents a critique of mankind’s on-going obsession with food and the issues surrounding excess and consumerism.

This wordless show expresses itself through a series of shocking sights and sounds, and pushes its actors to physical extremes. Their clown-like personas, which are defined by their (at times sexual) excitement for the food surrounding them, evolve from primitive beings to medieval gannets and end up as fanatic technology users. With their use of exaggerated movement and facial expressions, the actors create three fascinating characters that succeed in amusing the audience with their ridiculous antics on stage.

However, this bizarre take on reality reaches extreme levels as the show progresses. The characters become increasingly filthy, covering themselves in soil and food, and the audience becomes increasingly uncomfortable. The characters appear to expose a nation of food-wasters by wasting actual food, and a scene questioning our treatment of animals by preparing a man like a hog roast leaves us wondering if the tomato inserted into the actor’s anus was entirely necessary.

An interesting and unique interpretation of some very current issues, this play shows obscure, outside-the-box thinking and mildly perverted humour. Prepare to laugh and cringe simultaneously, and be ready to dodge flying spaghetti.

Feast is on at the Battersea Arts Centre from 2nd February until 6th February 2016, for further information or to book visit here.