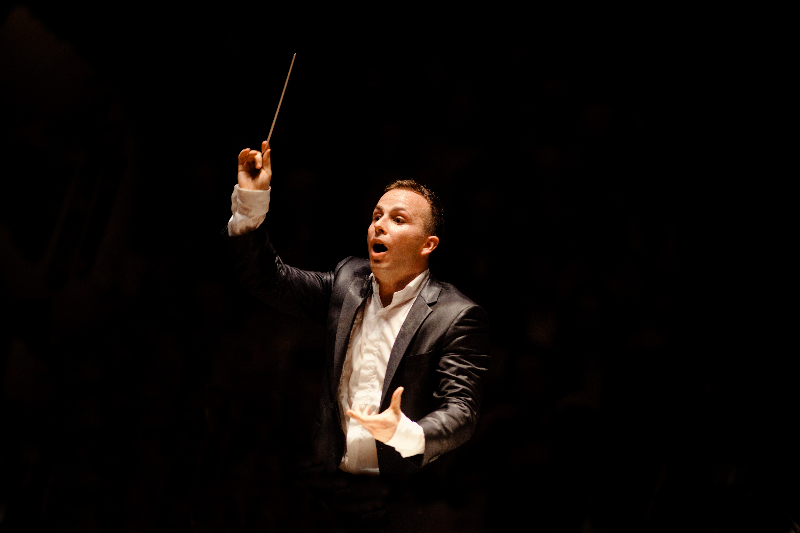 Tonight’s pieces had one thing in common: both expressed strong nationalistic ideas to great effect. The vibrant and evocative colours of New York illuminated the hall in Thibaudet’s performance of Gershwin’s concerto. The French pianist commanded the Steinway and trotted away with lively dance rhythms and colourful jazz harmonies in the first movement, waltzed through legato melodies and a delicate jazzy cadenza in the central chapter, and alongside the orchestra raced through the unswerving momentum of the final movement with vital syncopated rhythms and a grandiose fortissimo restatement of the opening movement’s luxurious theme.

Opulent orchestral textures and the elegant second movement solo from the trumpet enriched the American sound world. After a rapturous applause from the audience, Nézet-Séguin took a seat next to the French horns for Thibaudet’s moonlit encore of Maurice Ravel’s Pavane pour une Infante Défunte.

The second half turned its attention to one of Russia’s most prolific and globally loved composer, Sergei Rachmaninoff. His Symphony No. 2 was a musical and emotional triumph for the Russian Romantic giant, a symbolic piece that ended his fight with depression and renewed his stature as a symphonic master. Canadian conductor Nézet-Séguin navigated his way through the tumultuous musical journey with great emotion, and summoned the cohesive strings, colourful woodwinds and mighty brass and percussion of the LPO with panache.

The energetic strings galloped through the meticulous rhythmic passagework of the scherzo and spurred on the fanfare horn theme, mellow woodwind solos (particularly the cor anglais by Sue Böhling) eased the melodic flow, and the ferocious finale marked a majestic conclusion. Above all the superlatives, the beautiful musical parabola of the third movement was a crowning moment, featuring the prominent legato theme introduced by the rich string force and vivid clarinet solos by Robert Hill.

Watch a video about the London Philharmonic Orchestra here: