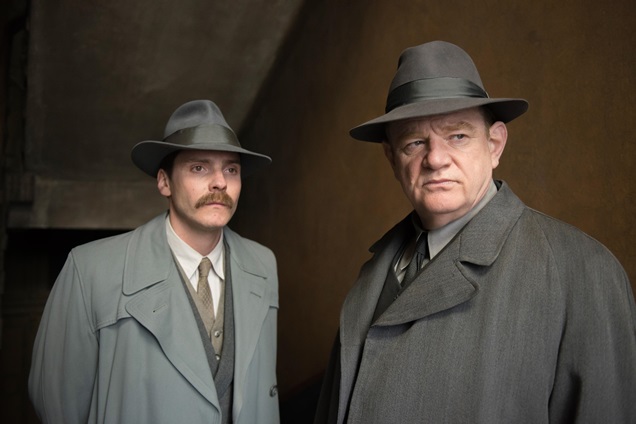 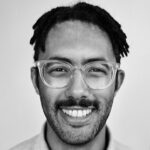 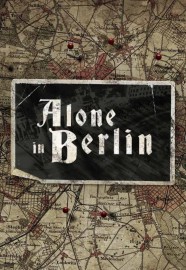 Berlin, 1940, the city is ecstatic with the news that the Nazi army have conquered France. Factory foreman, Otto Quangel (Brendan Gleeson) and his wife Anna (Emma Thompson) try and ignore the party and the hysteria, but are hurled into action when news of their son’s death on the front line forces them to join the Resistance. They begin writing postcards with subversive messages, left around the city to be found by everyday people like themselves. Once the gestapo and the SS discover the little placards of protest, the hunt is on.

Adapted from arguably one of the most important novels of German literature (written by Hans Falada), capturing perhaps the darkest chapter of German history, you would expect a German-language script, but the pressures of the cinema market demand the film must be in English with household names. Yet the side characters are all played (with varying degrees of success) by Germans and all written text is in German, which constantly snaps the audience out of really engaging.

Language problems aside, Gleeson and Thompson are a delight to watch together; Thompson’s fragile erratic tenderness compliments Gleeson’s stony stoicism perfectly. Fresh-faced Daniel Brühl doesn’t quite hit the mark as the meticulous and malicious Inspector Escherich, who has become disenchanted with the party. Thus there is a lack of real threat or danger from his part. Costume and set design are well developed and help construct a world of fear and misery, using Nazi imagery and sombre interior design to convey an oppressive atmosphere and the impoverished state of the people of Berlin.

The story is quite modest: everyday people who are pushed to fight back using the smallest acts of resistance. Perez seems to struggle with the subtlety of the narrative. The film stagnates at a sluggish pace and some key dramatic turning points fall flat. No amount of orchestral Hollywood score can mask that. A conservative effort of an adaptation that fails to transcend an already saturated genre.

Alone in Berlin does not yet have an official UK release date.

For further information about the Berlin Film Festival 2016 visit here.

Watch a clip from Alone in Berlin here: