How the Other Half Loves at Theatre Royal Haymarket 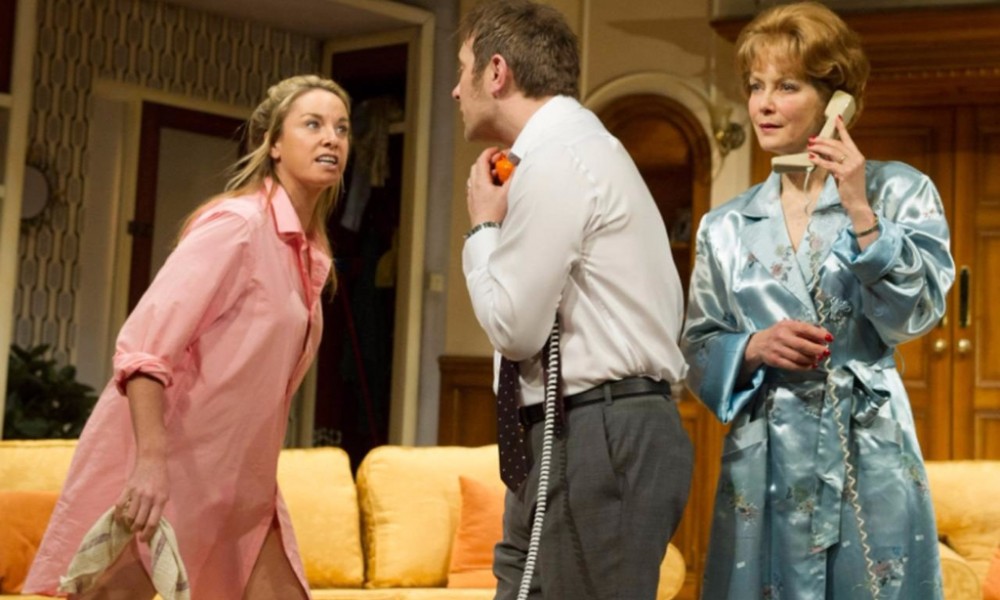 How the Other Half Loves at Theatre Royal Haymarket | Theatre review 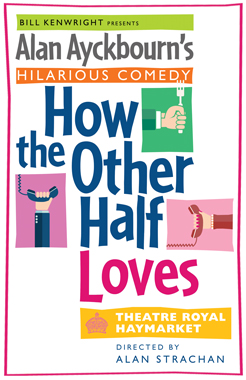 How the Other Half Loves

If a bellyache and streaky makeup are your thing, Alan Ayckbourn’s How the Other Half Loves will successfully deliver both. In its first major West End revival, the hilarious tale of matrimonial mishaps leaves the audience crying with side-splitting laugher.

Ayckbourn’s play offers a broader commentary on sex and social status through the tangled lives of three couples. The stage set-up is overlaid to give a simultaneous glimpse into two separate living rooms: one, the affluent Fosters’, the other, the middle-class Phillips’.

Thinly veiled disappointment is an art in the Foster household; Nicholas Le Prevost is fantastic as Frank, the bumbling husband to his cynical wife, Fiona, cleverly played by Jenny Seagrove. In stark contrast are the Phillipses, who can’t be bothered with niceties. Tamzin Outhwaite is triumphant as Teresa Phillips, an unfulfilled housewife who feels neglected by her oafish husband Bob (Jason Merrells) who works for Frank.

As Fiona and Bob have an affair, their respective spouses want answers about their late-night whereabouts. In an effort to cover up their fling, the adulterous pair use the unsuspecting Featherstones as alibis. Teresa and Frank separately invite Mary and William Featherstone (Matthew Cottle and Gillian Wright) for dinner that same night, and what unfolds is comic gold, as misunderstandings mix with alcohol.

Without a doubt, the dinner party is the highlight of the play, where the clueless Featherstones are dragged into all the confusion. Cottle and Wright are superb here, with seamless timing and near flawless delivery. Wright particularly shines in her character’s defining moment of quiet defiance, leaving the audience no choice but to root for her.

First performed in 1969, the play feels eerily appropriate thanks to its timeless themes. The star-studded cast gives a brilliant performance, evident in the response of the audience response, who cheer with glee throughout. How the Other Half Loves is fun and fresh – the perfect show to kick off spring.

How the Other Side Loves is on at the Theatre Royal Haymarket from 23nd March until 25th June 2016. Book your tickets here.

How the Other Half Loves