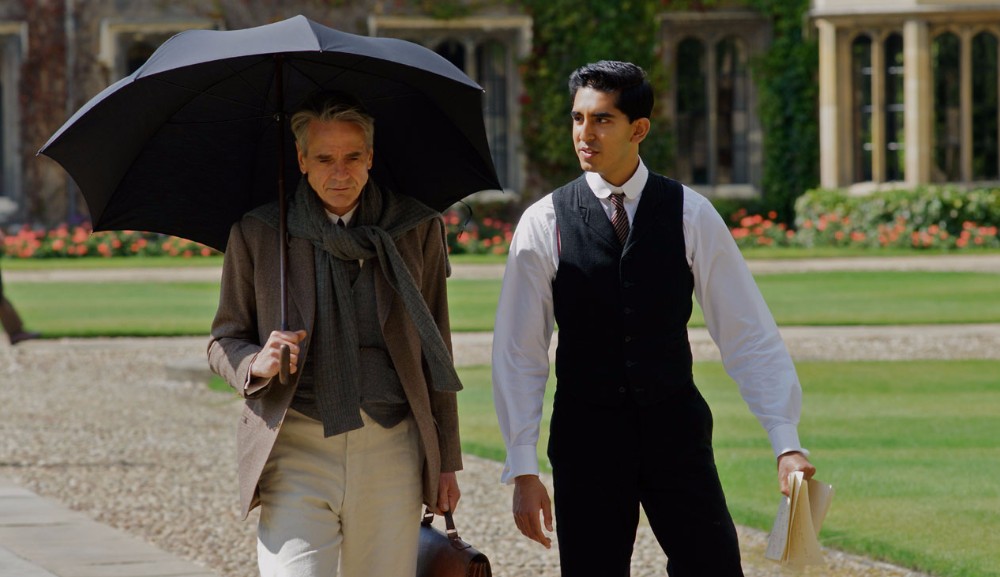 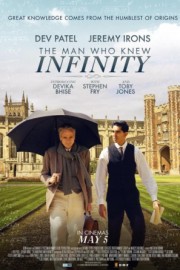 A written quotation from Bertrand Russell concerning the beauty of pure mathematics appears on screen at the opening of Matthew Brown’s The Man Who Knew Infinity, neatly setting the stall for a period biopic that explores the idea that a type of divinity exists within the digits at the cutting edge of numerological analysis.

Based on Robert Kanigel’s book, the film recounts the real life of Srinivasa Ramanujan, a devoutly Hindu Indian of low caste and no formal education whose superhuman aptitude for mathematical theorem brings him to Cambridge University and the attention of cynical scholar GH Hardy (Jeremy Irons) at the outbreak of World War I. As the pair set about unlocking enigmas that have long confounded experts in the discipline, Ramanujan struggles to overcome the racism of the fusty academic elite, and to maintain a long-distance relationship with the doting wife (Devika Bhise) he left at home in the slums of Madras.

In spite of the compelling chemistry within the contrasts of faith and intuition against reason and rigour that the number-crunching duo embody, the narrative in which they’re set suffers from a strict adherence to well-established tropes of what might be termed the “genius vs adversity” genre. A mentor’s standoffishness slowly evolving into fatherly fondness, sneeringly contemptuous cartoon baddies within the establishment and a neglected love interest’s forlorn tribulation have all been handled more deftly in predecessors such as Good Will Hunting, A Beautiful Mind and The Imitation Game.

Story aside, The Man Who Knew Infinity undoubtedly benefits from a wealth of acting talent on uniformly fine form. The lead role marks a logical progression from Patel’s star turn in Slumdog Millionaire, and it’s with a palpable raising of his game that he brings his character vividly to life. Jeremy Irons injects the stoic Hardy with a believable seam of turmoil with the skill one would expect from a veteran of his calibre, and Toby Jones and Stephen Fry ably enrich the recipe in small but perfectly formed supporting roles. The sheer heart with which it’s recounted means that there’s much to like about the tale, despite its being somewhat compromised (with no little irony) by a failure to deviate from familiar formulae.

The Man Who Knew Infinity is released nationwide on 8th April 2016.

Watch the trailer for The Man Who Knew Infinity here: