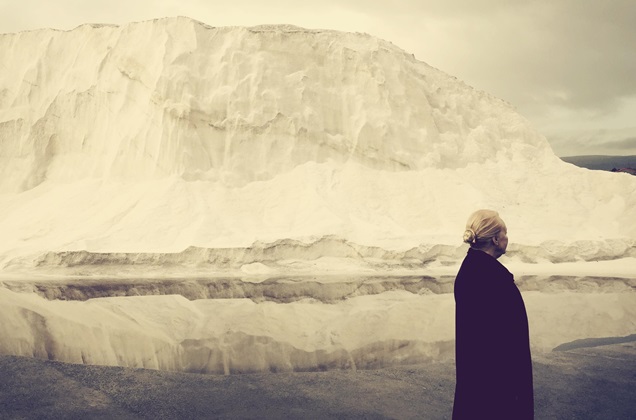 I Am Belfast | Movie review 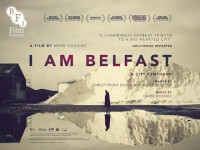 I Am Belfast is a rich and detailed visual essay, if one that occasionally loses focus under the weight of its own philosophising. Directed by 20-year resident Mark Cousins, the film explores the history and people of the capital, structured around the journey of a 10,000 year-old woman played by Helena Bereen, who claims to be the city itself. Dressed in a costume that curiously invokes both past and present, she wanders through Belfast’s landmarks and nondescript backstreets. Seemingly in her own world, she often laughs at something off-screen, or closes her eyes and smiles. Her narration has the power to influence the landscape. Cousins enters a sort of call-and-response with her voiceover; their conversation is highly metafictional and self-aware, with the director and film critic at one point commenting wryly “I like movies.”

The measured narration from Cousins brings to mind his wonderful documentary series The Story of Film: An Odyssey, and he applies the same keen eye for detail and ability to look beneath the surface here. There is very little need for analysis. Shots are either long and static or manically hand held, and every scene is picked apart for us by Cousins and Bereen and added to the dreamscape the city is presented as. The history of Belfast becomes a meditation on the nature of love, sight and cinema in the Koyaanisqatsi style – all that’s missing is a Philip Glass soundtrack.

Despite its unusual and creative aesthetic, I Am Belfast takes a long time to do very little, painting the city as a mythological entity to be studied, rather than a real place. The narration has a tendency towards hyperbole, and often loses momentum during long static takes and stretches of silence. The mind wanders during these moments, but one wonders if the filmmaker intended this. Despite its faults, it predicts a utopian vision of the future. The film culminates in the imagined funeral of the last bigot left on earth. A procession of happy mourners, including two drag queens, make their way through a car park shouting “thank God he’s dead.” It’s Cousins’ love letter to a cinematic vision of his home, with a childlike wonder sadly missing from many films today.

I Am Belfast is released nationwide on 7th April 2016.

Watch the trailer for I Am Belfast here: