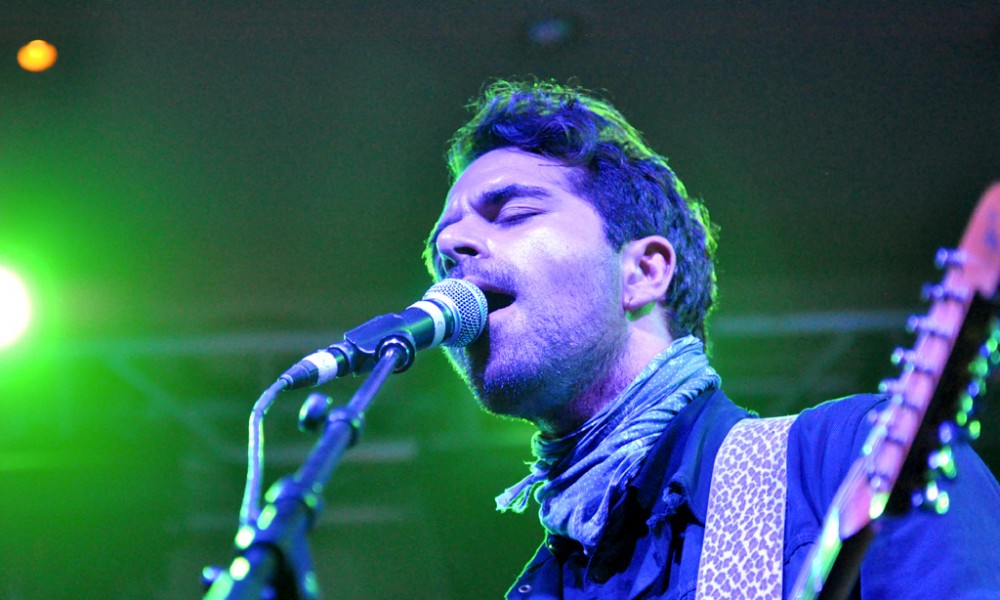 Danish band Choir of Young Believers illuminated North London’s Oslo Hackney with their unique blend of folk, retro-futuristic textures and introspective personality that speaks for their sophisticated post-identity – and also echoes past electronic music traditions such as chillwave. Fronted by lead vocalist Jannis Noya Makrigiannis, the night saw a set consisting of tracks from their new album Grasque, mixed with numbers from their back catalogue.

Choir of Young Believers brought everything from their sonic palette under one roof – a generous dose of retro synth colours, heart-pounding rhythms and beats, and vocal characters that captured vivid nocturnal effects. From the outset, Makrigiannis showcased his rich, luminous vocals to full effect, including tracks like Serious Lover from their latest album. Hidden under a deep ocean blue gaze, the music reverberated to a cathedral-like effect, enticed by Makrigiannis’ ethereal vocals, beautifully eerie harmonies and celestial effects that shined a sonic sensation like no other.

The band also presented glimpses into their past with tracks like Patricia’s Thirst, radiating laser-tinged synths, rippling warm harmonies and opulent textures towards every corner and body in the crowd. They also offset the dreamy musical colours that painted most of the evening with some infectious, foot-tapping numbers like Action/Reaction and Gamma Moth. The latter in particular, was a glorifying moment, with sonorous bass lines enough to tremble the earth’s tectonic plates, and reached high above the stratosphere with high-pitched cosmic colours and melodies that retained the otherworldly experiences they stir up so well.

On reflection, Choir of Young Believers coaxed a night of emotional depth and majestic sound worlds that immersed the crowd in sonic bliss. After entrancing the Oslo Hackney one last time with an encore featuring Face Melting, the audience left the venue knowing that they had witnessed something special. With performances like tonight’s, they are sure to be a glowing presence in the musical game.

For further information about Choir of Young Believers and future events visit here.

Matt and Kim at Scala | Live review
Anarchy in the UK: #PunkLondon at the Richard Young Gallery | Exhibition review