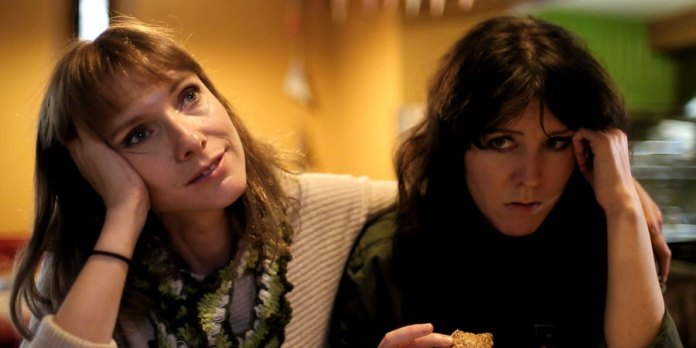 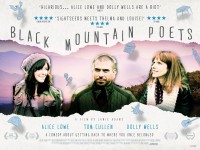 The final part of director Jamie Adams’ “modern romance trilogy” Black Mountain Poets is something of a buddy romcom, turned on its head with a quintessentially British flair. Filmed like an indie music video with a soundtrack to match, the end result is a fun, quirky little movie, bursting with charm and warmth about sisterly bonds, romance and the healing power of nature.

After failing in their attempt at stealing a JCB, sisters Lisa and Claire find themselves on the run. When their car dies as they make their escape they steal the car of the Wilding Sisters and assume their identities, which unfortunately for the pair involves attending a poetry retreat in the Black Mountains. It’s here they meet Richard and jealous girlfriend Louise, and a rather complicated love triangle (quadrangle?) arises. There’s not much back-story to the sisters, nor is there much logic to their plan, but the film is nonetheless enjoyable.

The cast is excellent: Alice Lowe and Dolly Wells (Lisa and Claire, respectfully) work together seamlessly, bringing the sisters’ relationship to life in all its comedic – if somewhat co-dependent – glory. Their bond feels real and their dialogue natural. Happily, this sense of authenticity extends to the rest of the cast and, true to form, to the film as a whole. The relationships unfold naturally, playfully – there’s none of the usual drama that comes with romcoms or love triangles; instead, there is all the awkwardness and tentativeness that comes with reality. But for all the hilarity and lightness, Adams has been careful to give equal voice to the sisters’ darker aspects. Both of them are clearly still reeling from the death of their father, struggling with the idea of growing up and separating, and, for all the talk of poetry and romance, at its heart this is a film about siblings and it pays off.

With the gorgeous Welsh countryside as a background and firecracker performances, there’s not much not to like about this charming little film.