In the Bar of a Tokyo Hotel at Charing Cross Theatre 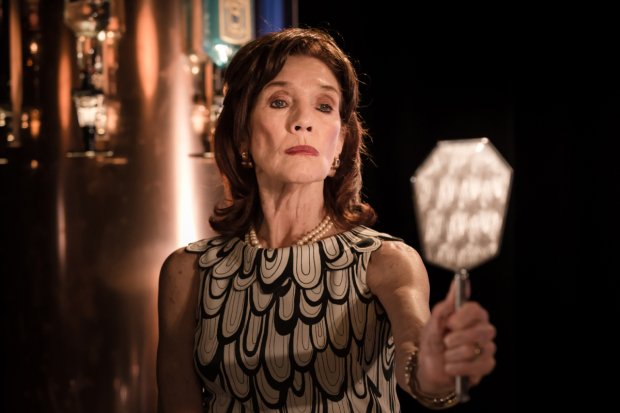 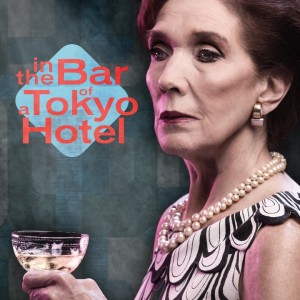 In the Bar of a Tokyo Hotel

What happens when you marry the man of your dreams, he is supposed to carry you away from your boring life, but then it turns out that he embodies the boring life himself? Tennessee William’s A Bar in a Tokyo Hotel plays on a woman’s fantasy that has turned sour and portrays the lust and desires of an American wife in the late 60s.

As the title suggests, the whole play takes place in the bar of a hotel in Tokyo. Mark, a successful painter has taken his wife Miriam (Linda Marlowe) away to Japan in order to further his artistic work. Miriam feels stuck in her position — she is dependent and being depended on — and as her husband is only devoted to his work and not to her, she distracts herself with numerous affairs. Yet, she cannot quite shake the isolation and lack of excitement she feels in her marriage. Slowly, Mark gets more and more absorbed in a new form of painting and grows delusional to the point where he thinks he has invented colour itself. Growing more desperate, Miriam pleads with Mark’s art dealer for help before the situation spins more out of control.

As a venue for the play, Charing Cross Theatre is an excellent choice: the narrow theatre has a cinematic feel to it and sets up Williams’ play perfectly. But even though the cast consists of experienced actors, such as Linda Marlowe, the overall performance unfortunately feels slightly amateurish — the dialogue is rather staccato with long pauses between individual utterances and the interaction between actors is not quick enough to do justice to Williams’ snappy lines. While Marlowe manages to capture the spirit of the neglected and promiscuous wife Miriam, the other two actors rather disappoint in comparison and fail to match her performance.

A Bar in a Tokyo Hotel nonetheless captures its audience with a unique tale of the dark side of fame and success, and affords the viewer a glimpse into the psyche of a desperate wife and an even more desperate artist.

A Bar at a Tokyo Hotel is on at Charing Cross Theatre from 4th April until 14th May 2016. Book your tickets here.

In the Bar of a Tokyo Hotel