The Winter’s Tale at the Royal Opera House 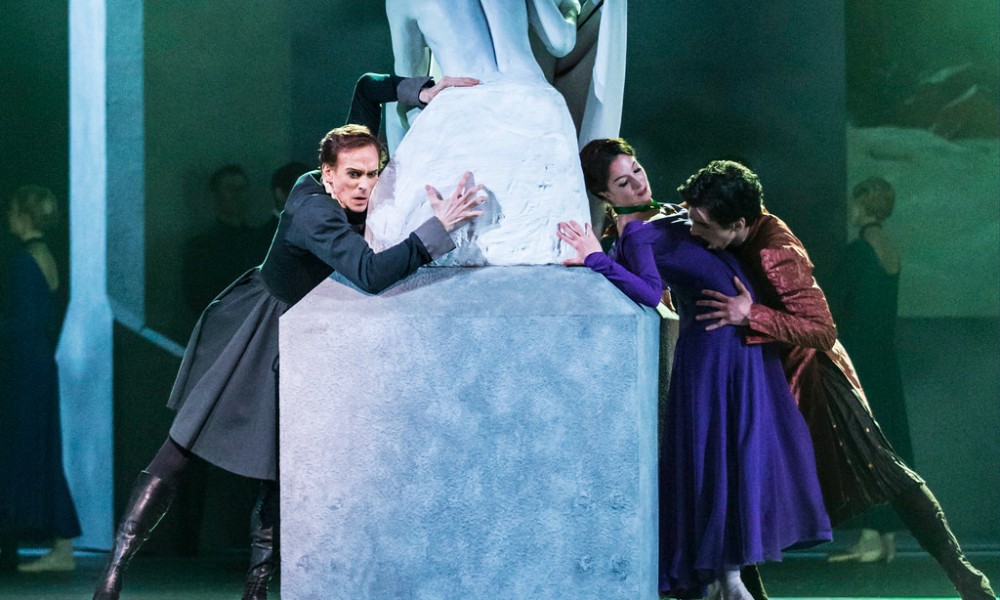 The Winter’s Tale at the Royal Opera House | Dance review

A Shakespeare play deprived of its dialogue is a risky premise, but this balletic version of The Winter’s Tale shows that the popular story’s plot is rich enough to withstand the limitation. The show is part of the Shakespeare 400 programme, an extensive series of performances marking the anniversary of the playwright’s death. A story such as The Winter’s Tale inevitably loses some of its poetic charm when narrated visually, but it does retain the powerful dynamics between characters and even manages to convey some of their psychological turmoils. The story follows Leontes, the king of Sicilia, after his reunion with childhood friend Polixenes, the king of Bohemia. Their reconnection is filled with cheer until Leontes begins to suspect an affair between his old friend and his own wife Hermione.

Divided into three acts, the show changes mood dramatically from one segment to the next. The first section is where most of the drama unfolds, centred around Leontes’ irrational jealousy and the downward spiral it leads him into. The action takes place in his dark palace, and the sombre mood is matched by the minimalism of the set and costumes. In the second act, the focus moves to Polixenes’ brightly-coloured kingdom of Bohemia, replacing what originally provides the comic relief after the tragic first act. Deprived of language, the production uses this break in the action to focus almost exclusively on the dancing, with the villagers engaging in a lively summer celebration under a large tree, amid a joyful mix of colours and melodies.

The show’s success lies in the solid choreographic structure and the excellent performances of its principal dancers. Ed Watson is an imposing Leontes and Lauren Cuthbertson is the embodiment of grace as the tormented Hermione. Zenaida Yanowsky also shines as the wise nurse, and Steven McRae is full of adolescent glee that would never betray his real age. The other dominating feature is, of course, the music: composer Joby Talbot has gone to great lengths to create fresh-sounding folk melodies that would evoke a timeless rustic feel. Noteworthy is the use of musical motifs that recur whenever the characters re-experience the same emotions. The score culminates in a merging of these sounds in the third act, which is also the triumph of romance.

This is a production of great ambition that manages to honour Shakespeare’s plot while incorporating new elements. It presents a beautiful marriage of original music and choreography that combines modern movement with classical elegance. A real treat for the eyes and ears

The Winter’s Tale is on at the Royal Opera House from 13th April until 10th June 2016. Book your tickets here.