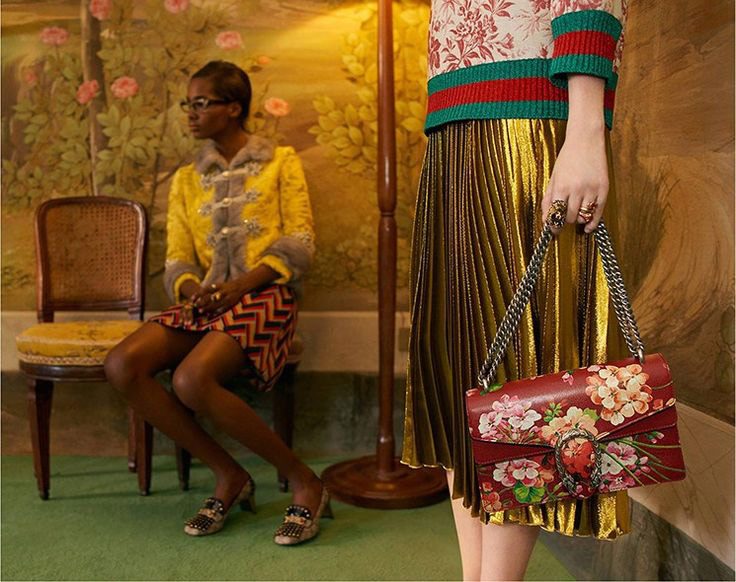 The fashion industry is a cultural movement in society which has effected and inspired almost all of us. Through a range of iconic movements, from Chanel’s little black dress to Lady Gaga’s meat dress, which she wore at the 2010 MTV Video Music Awards, we have all been a part of the fast-moving industry. The global trade however, has had its ups and downs through controversial subjects including advert campaigns and various fashion styles. The high-end, Italian fashion brand Gucci, has recently had an advert banned by the Adverts Standards Authority. The advert featured “an unhealthy thin” model of which had a “gaunt” appearance, as said by the ASA. The advert had been followed up after the ASA received various complaints about the appearance of the main female model. In response to the ASA’s assertion, Gucci explained that they wanted to represent an ideology of sophistication and class. Along with this, Gucci assure that their use of warm lighting and the model being fully clothed created a natural and healthy depiction.

The fashion industry has been criticised from time to time, for their use of thin models, for campaigns, catwalks and adverts. In 2015, France had created a skinny-model ban, on their health-reform bill. The new law that has been introduced does not let anyone be a part of the modelling industry if his or her BMI is classed as underweight.

Gucci have been informed that the advert can no longer be used unless they make significant changes.