Twelfth Night at the Hope Theatre 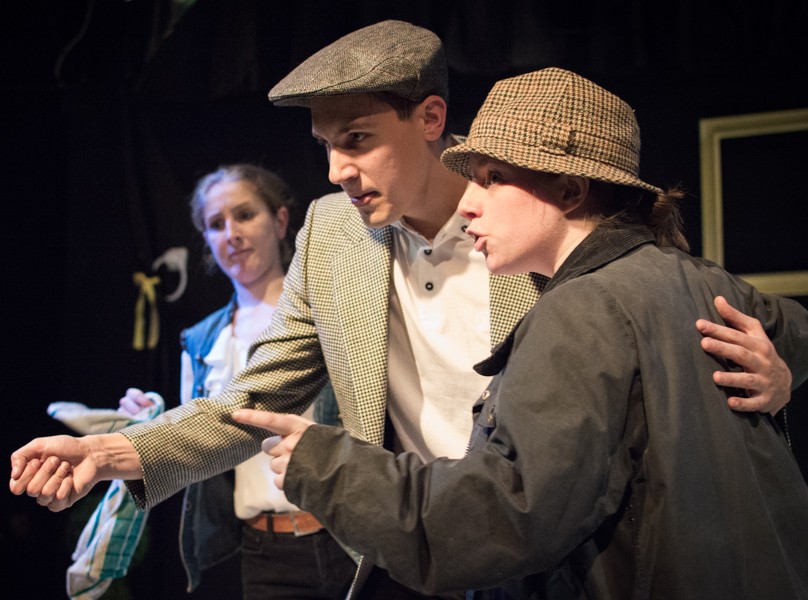 The unusual and innovative production of Shakespeare’s Twelfth Night by Thick as Thieves at the Hope Theatre in Islington consists of four actors playing multiple roles, operating lights and sound, even welcoming spectators while giving out programs. Also competent musicians, these four modern-day troubadours are highly talented and massively energetic.

Beginning with music and song (composed by David Knight) Thick as Thieves’ version of Twelfth Night is inventive, cutting-edge, improvised at points, minimalist, and comedic. It is the story of a young woman, Viola, who lands on a beach and, believing her twin brother is dead, disguises herself as a man, Cesario. Viola/Cesario becomes an assistant to Count Orsino, with whom she falls in love, but he loves Lady Olivia. The latter (a countess who must contend with two unwanted admirers, as well as a stuffy butler and a drunken uncle) becomes enamoured with Cesario, also confusing Viola//Cesario with her nearly identical brother Sebastian. The fast-paced plot is hilarious, even slapstick, with much laughter throughout.

The Hope Theatre is above a bar and the atmosphere is convivial. On entering the tiny locale the audience is greeted by the actors; the ambience could be likened to a small gathering with friends. As the site is so small, viewers are not only at an intimate distance from the performers, the latter are equally one with their audience. Giving new meaning to “All the world’s a stage…”, the entire theatre is the stage as thespians mingle with the spectators, crouching behind chairs or stumbling over them (“move your belongings please”). The viewers are players as well, one given a hat to create a character, others addressed by cast members as if part of the scene. They change costume in the open, sometimes rapidly, adding tremendously to the humour of the production.

Thick as Thieves are a highly talented, versatile, dedicated group of performers. This wonderfully inventive version of Shakespeare’s beloved Twelfth Night is immensely fun and a joy to experience.

Twelfth Night is on at the Hope Theatre from 12th until 30th April 2016, for further information or to book visit here. 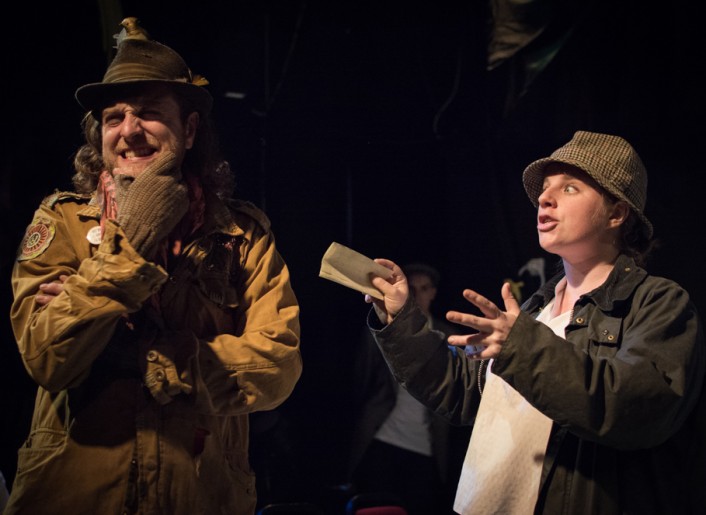 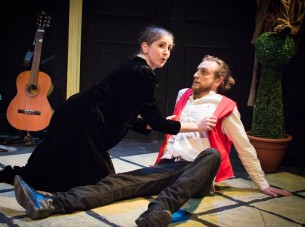 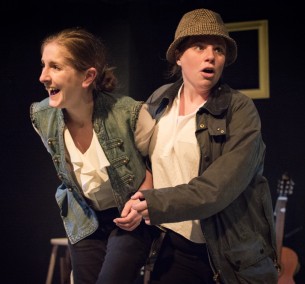 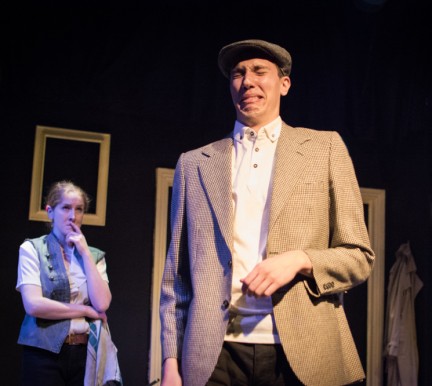 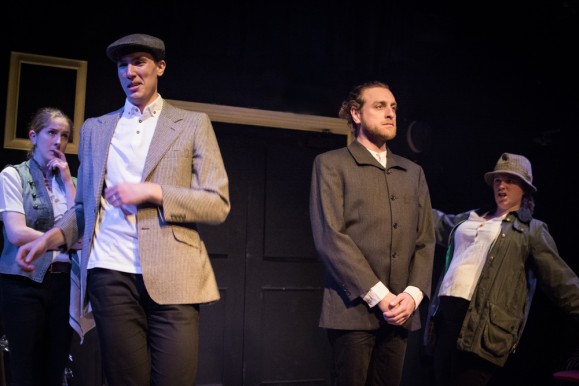