Tell Me on a Sunday at New Wimbledon Theatre 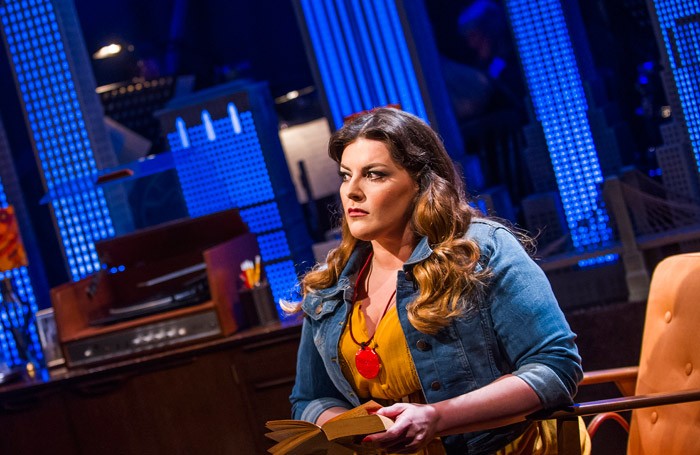 Tell Me on a Sunday at New Wimbledon Theatre | Theatre review

Tell Me on a Sunday has seen a few revivals since it was first performed in 1979. Andrew Lloyd Webber’s music and Don Black’s lyrics make a winning combination that has won many fans over the years. The one-act show is making another comeback and will be touring the UK, this time starring Jodie Prenger, winner of the BBC1 show I’d Do Anything. The performance is followed by a Q&A with the actress herself, which gives the audience a chance to learn more about the making of the musical and her personal experience.

The protagonist of this one-woman show is Emma, a warm but vulnerable character who decides to leave England and go to New York in search of adventure and love. She is involved in various relationships that bring her joy, but they all inevitably end in heartache. She goes out, has fun and even ends up in LA at one point, but all her ventures seem to fail. The main focus of the story is the cycle that takes her from love, to disappointment, to renewed hope – over and over.

The music reflects these ups and downs and the lyrics are often amusing, particularly when Emma corresponds with her mother in England, and relates her latest romantic misadventures. This is also when she learns about the comical incidents unfolding daily in her family’s household, which elicit laughter on more than one occasion. Jodie Prenger plays the role with confidence and captures the character’s humorous quality as well as her fragility, but there is no real chance for her bubbly personality to come through.

Though pleasant, the musical never really takes off. The lack of action and dance means that the show is rather static, and because the songs are monothematic, the story does not evolve but repeats  the same concept. Tell Me on a Sunday is not a fully developed musical, and neither was it intended to be. It was conceived as an intimate musical show relating a simple yet universal story. Since it consists of a single character singing one song after another without the addition of any dialogue, the evening is more akin to the live performance of a concept album than a traditional theatrical experience.

Nevertheless, the show is ideal for a light-hearted night of song, and an opportunity for Prenger’s fans to see her in action.

Tell me on a Sunday was on at New Wimbledon Theatre for one night only on 18th April 2016, for further information about the tour visit here.

My Mother Said I Never Should at St James Theatre | Theatre review
Sicily: Culture and Conquest at the British Museum | Exhibition review