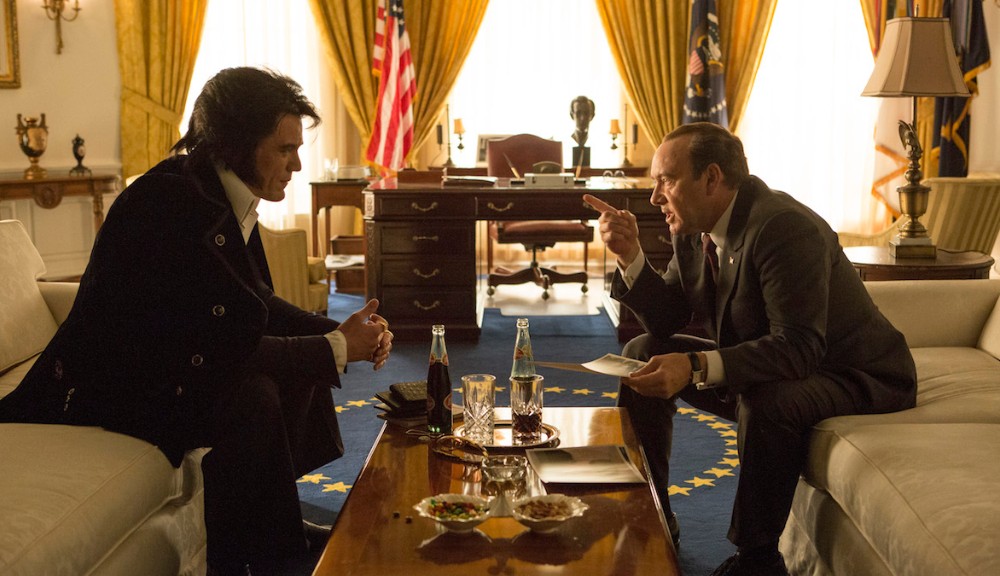 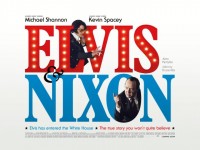 Elvis Presley and Richard Nixon are complete opposites: the former represented a burgeoning lust in American culture that sold out shows and marked the beginning of a counterculture; the latter was a stuffy politician who bent laws to remain in power. However, opposites occasionally attract. Elvis & Nixon is an example of such a circumstance on a grand scale.

It is 1968 and Elvis is at the height of popularity. American culture, too, is reaching new peaks. Protests for civil rights and against the Vietnam War are reaching a zenith, as evident on television and in political discourse. In his Graceland home, Elvis sees the rock’n’roll culture he helped to form now attacking the country’s values. In an effort to “preserve the sanctity” of American culture, Elvis embarks on a trip to Washington DC with friends Jerry and Sonny. The objective is to meet Nixon and get approval to become a “federal drug enforcement agent at large”. But what if the President of the United States has no intention of meeting the nation’s most popular celebrity?

Elvis & Nixon presents the audience with an opposing view of the 1960s. The two larger-than-life eponymous figures, usually seen as adversaries amid the growing Vietnam War protests and the fight for Civil Rights, are each presented with a hint of charm. More, their struggle with the counterculture is given context. The result is no whitewash of Elvis or Nixon’s unpopular positions, but there is no biased view of their respective fights either.

The memorable moments of Elvis & Nixon are the passionate and playful performances from the cast. As Elvis, Michael Shannon conveys a compassionate charmer plagued by demons. Kevin Spacey plays Nixon with an ensemble cast of Colin Hanks, Tate Donovan and Evan Peters. While inherently political, the movie refrains from outright statement. Instead, audiences can enjoy a comedy of errors about an important moment in history.

Elvis and Nixon does not have a UK release date yet.

Watch the trailer for Elvis and Nixon here: