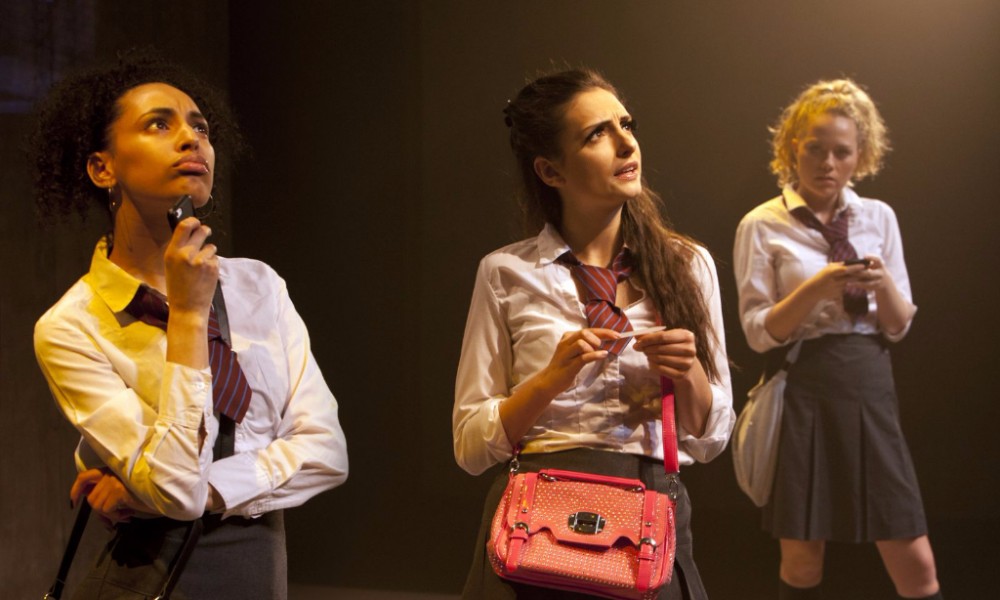 Once again Park Theatre plays host to a wonderful performance. Sket challenges modern issues and entertains at the same time; it is genuinely funny and enjoyable with a little piercing sadness.

Maya Sondhi’s well-rounded drama follows a group of young teenagers at an inner-city school who must grapple with the cost of technology and the immediacy and permanence of the Internet. The ending is a little abrupt, as if the play is missing its third act, but there is a rich story fitted into just 60 minutes of show.

The use of slang drives a lot of the humour. The exchanges between the teacher, Anna O’Grady, and the various kids are brilliantly written pieces of comedy that play on the contrasting language used by both parties. But Sket isn’t all laughs, occasionally dropping heartbreaking insights on an audience who were in hysterics just a few seconds before, stunning them into gut-wrenched silence.

Throughout, Sondhi presents an important message and debate around how young people today interact with and through technology that didn’t even exist a decade ago. The production highlights a lack of understanding within society that makes us unable to fight against the negative consequences of social media..

The cast do a great job delivering comedy and emotion. As well as Anna O’Grady, Tessie Orange-Turner, Olivia Elsden and Romario Simpson are all notably fantastic. The other actors perform well too, although accents aren’t quite perfectly consistent, which disrupts the flow a little and makes it seem, at times, like a bunch of posh guys just playing at being yobs.

Despite one or two minor imperfections, Sket is a great play. It’s perhaps not for everyone but those that like it will love it. Anyone interested in the social disasters that technology can have on the world’s youth must see it.

Sket is on at Park Theatre from 19th April until 14th May 2016, for further information or to book visit here.

PlacePrints at the Print Room at the Coronet | Theatre review
Pablo Bronstein: Historical Dances in an Antique Setting at Tate Britain | Exhibition review