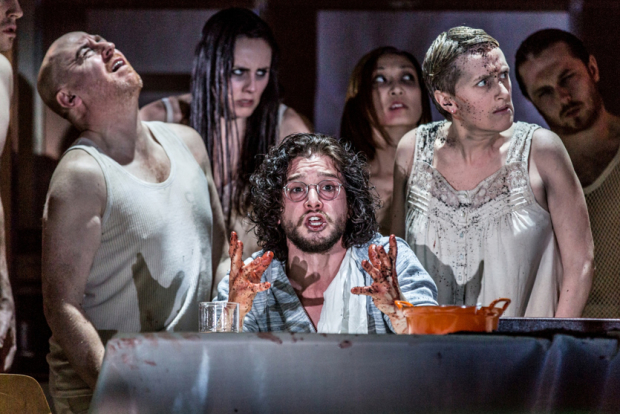 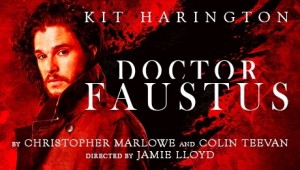 “Where hell is must we ever be” chants Mephistopheles. In this production director Jamie Lloyd succeeds in creating an unrelenting and somewhat secularised modern vision of hell. It is bold: new sections are inserted by playwright Colin Teevan, where Faustus becomes a celebrity magician. It tackles our love of fame by casting Game of Thrones heartthrob as Faustus in a magical and passionate reworking of Marlowe’s classic, updating it for our age: at one point David Cameron is damned, Barack Obama (skilfully rendered by Craig Stein) is seduced by the spirit of Marilyn Monroe and a version of the future in which Donald Trump is president is proffered. At no point does the language, which for the most part retains the original, seem incongruous with the setting, but rather reflects the timelessness of Marlowe’s hellish vision.

The ensemble, clad in undergarments (or naked), are present in almost every scene. They appear out of the shadows, occasionally vomiting blood or gyrating. But it is not all dark: cheesy incongruous music provides light relief. Jenna Russell (Mephistopheles) performs a karaoke set for the audience, with songs including Kylie’s Better the Devil You Know and Cliff Richard’s Devil Woman. While AC/DC’s Highway to Hell plays as Faustus watches TV and dribbles for at least ten minutes (“how is he still going?” mumble members of the audience).

Tom Edden’s human embodiment of the seven deadly sins and Forbes Masson’s rendition of Happy Birthday Mr President are highlights; Jenna Russell is incredible throughout, but as the huge crowds at the stage door afterwards confirmed, a large proportion of the audience had undoubtedly been attracted because of the leading man. But this is not just a one-man show and to view it as such is to fall into the trap of Faustus. He plays Faustus as likably boyish and arrogant, aware of his looks and appeal. Are there one too many scenes where he is virtually naked, covered in blood or in the shower? Maybe, but it is more than just a ploy to entice fans. It aims to expose characters, and Lloyd achieves this by metaphorically and literally stripping them, making this a visceral and visually disturbing production.

In a celebrity-obsessed age, this play has found a new resonance and forces us to reconsider our own attitudes to fame and ambition. It is a devilishly good production – a must-see.

Doctor Faustus is on at Duke of York’s Theatre from 9th until 25th June 2016. Buy your tickets here. 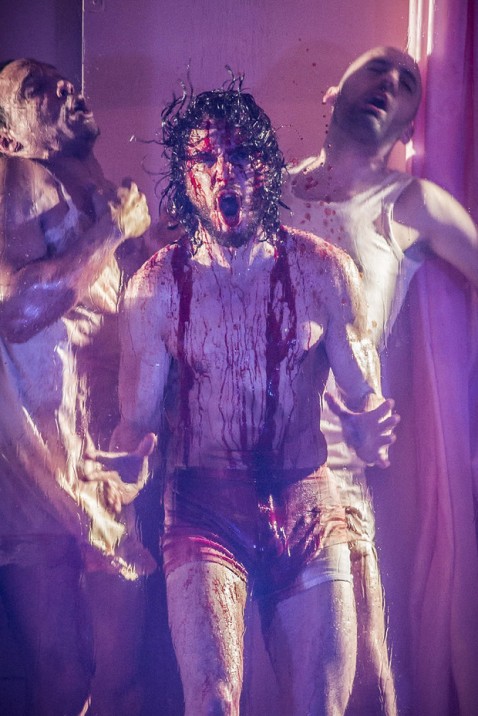 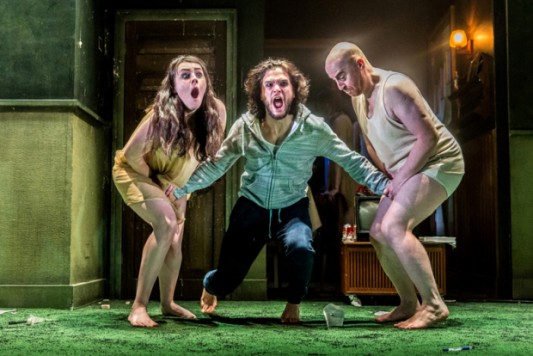 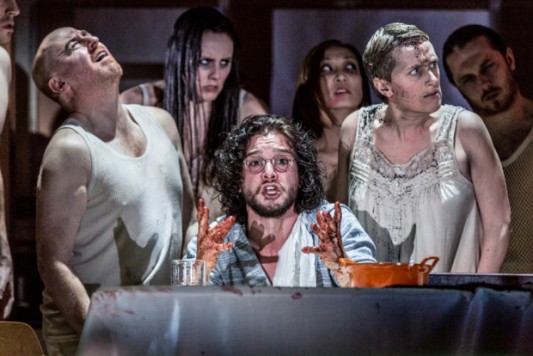