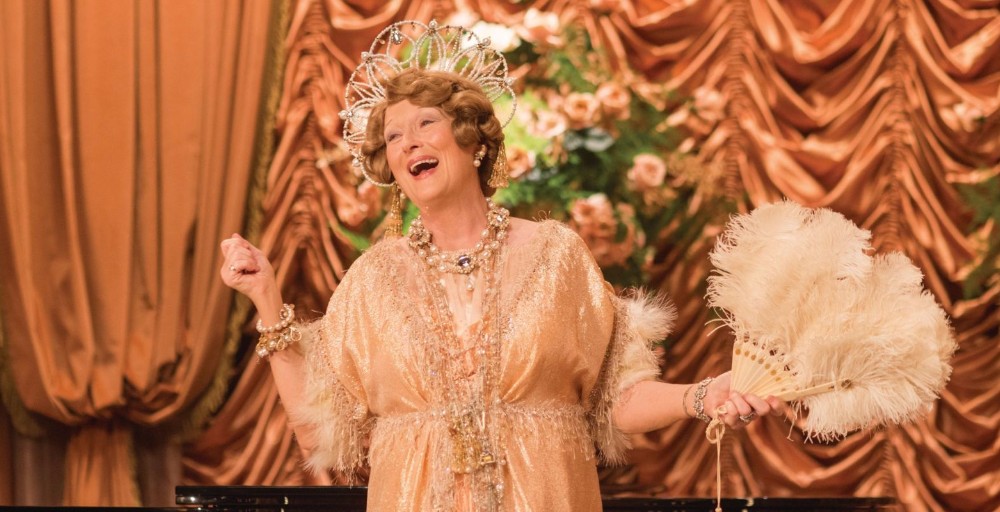 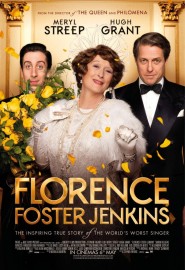 Written by Nicholas Martin and directed by Stephen Frears, Florence Foster Jenkins is a winsome portrayal of the New York socialite, famous as a popular but appalling singer. A devoted music buff, Jenkins suffered from syphilis. Although surviving it well, it prevented a career as a pianist, thus she chose to sing – a consuming love matched by comical vocal incompetence.

The always-amazing Meryl Streep is captivating and hilarious as the befuddled vocalist, and Hugh Grant’s performance as St Clair Bayfield may be the best of his career. Simon Helberg, as accompanying pianist Cosme McMoon, is subtly effective, an essential element to the movie’s appeal. The visuals, sets and costume design are stunning, all worthy of award nominations.

Screen writer Nicholas Martin was inspired to write this piece after viewing the real Jenkins on YouTube. Feeling it was “cruel to mock bad singers”, he wrote it as a love story, attempting to “compress 20 years into five months” of Jenkins’ life. After writing three different drafts in one year and waiting 14 months for Streep to become available, the movie was re-written every day on the set, since working with top actors Streep and Grant (very experienced filmmakers themselves) allowed it a “ chance to evolve”.

The narrative opens as St Clair Bayfield, an aristocrat and mediocre actor, performs a recital at the Verdi Club; Jenkins, an odd-looking but sweet and portly angel, is lowered precariously onto the stage to massive applause. Amid the decision to revive her singing career, the delusional but appealing diva becomes the talk of the town, a delight to her socialite fans, some of whom are elderly and partly deaf, and many who simply flatter Jenkins because of her wealth and social position. Despite her adoring (although cheating) husband’s efforts to suppress criticism and maintain the illusion that Jenkins is a talented singer, her performance reaches the airwaves, to the giggles of many. Yet the illusion is maintained.

Notwithstanding the tragedy of Jenkins’ illness and the ambiguity of her husband’s double life, the tone of the film is positive and compassionate. Jenkins’ bad singing is hilarious, but not mocked because she is so loved. Even those who do make fun of her are convinced to applaud her. As Bayfield exclaims “Ours is a happy world” and their wish for such seems to suffice.

Much can be said about Florence Foster Jenkins’ appeal. One word is particularly apt: charming.

Florence Foster Jenkins is released nationwide on 6th May 2016.