Is Tropical: A chat about Black Anything and having Kirstie Fleck on board 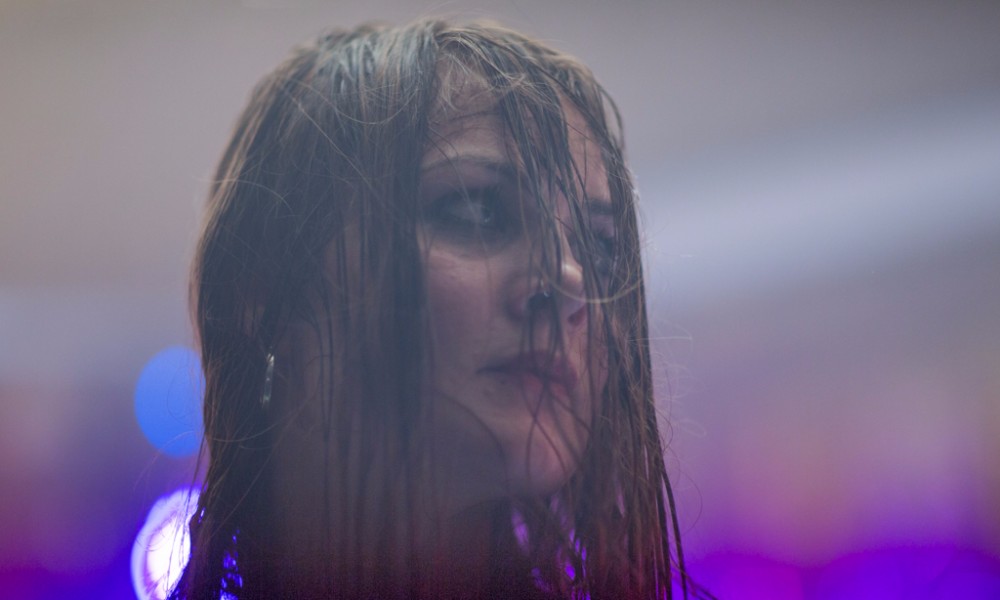 Is Tropical: A chat about Black Anything and having Kirstie Fleck on board

Is Tropical is an electronic indie quartet hailing from London. The group formed in 2010 and is made up of Gary Barber (vocals, guitar), Simon Milner (vocals, guitar), Dominic Apa (drums), and Kirstie Fleck (vocals). They have released three albums, Native To, I’m Leaving and recently Black Anything. We caught up with Gary, Simon and Kirstie on the night of their show at the Moth Club to talk about the new album, the new tour and life.

You guys are back on tour for your third album, Black Anything. How do you feel about where you are now compared with where you started off?

Gary Barber: It’s actually really nice to be back out playing new stuff. But it felt like we’d been a band for a while and we’d been playing the same stuff, so it was a good time to get experimental. Having recorded while on tour, and now getting out and playing the stuff is really rewarding

Simon Milner: Yeah, because the first two albums were done with Kitsuné [the band’s previous label] in studios in London, and you go in for a month and come out with the record. But this time it took a year to record it, across different continents, and that gave a good feel to it.

GB: We moved to an independent New York-based record label that had just been started by Graham [Dickson] from Crystal Fighters and a friend, and we decided to police ourselves. It had its benefits and its drawbacks. You got the opportunity to do something creative and different.

Do you feel that’s reflected on the record?

GB: Yeah, there’s definitely an atmosphere or an ambience that you can’t capture in a normal recording studio.

SM: This feels like it’s more tied in, with a more coherent sound.

Did you have a particular road that you wanted to go down that you hadn’t explored before, or was it quite organic?

GB: We had an imagery, didn’t we? Everything’s kind of darker, a dystopian future. Like the video for Cruise Control that Simon made, it’s based on a future youth that powers itself through kinetic energy and drugs.

SM: We’d been at a lot of friends’ parties in New York when making the record, and I think it just seeped in. That’s why it’s called Black Anything, I think – because of the dark overall feel to it. But we also got into modular synth. In the beginning it had half the modules missing, but by the end of the album we’d built it up. We messed around with it a lot.

Have you got any interesting stories you can tell us about making the album?

SM: We had a sketchy manager for a bit who ended up emptying our bank accounts, and buying a bit of land in Thailand.

Kirstie Fleck: It was the only time we had enough money in the bank to do something. There’s always this burning hole when we go to do something new, and that one little chunk would have been fine if it was still there.

GB: But you have to overcome things like that.

Kirstie, you’re quite new to the outfit. How do you guys feel that has changed the band’s sound, and why did you decide to join?

SM: At the start, Kirstie drove us to our very first gigs, in a Citroen Saxo when we had a drum kit on our laps. It was when we used to drive five hours to gigs in Bristol.

KF: Bristol’s not a five-hour drive away.

GB: It is in that bloody car.

GB: Made it though, didn’t we?

SM: On the first album Kirsty wrote the bassline for Oranges, sort of by accident. And she was actually on the cover of the first album, and on the second album she sang on a few songs, including Dancing Anymore, and she would always be away with us on tour. So eventually we were like “do you know what, do you want to just join the band?”

Do you ever fight?

SM: Oh god yes. When it’s a bit tight financially and you’re on tour, but it’s never over anything serious. It’s not awkward of a morning, everybody’s just laughing and hungover. You go to a random house party and end up in a fistfight – then in the morning we’re making each other breakfast.

KF: It’s like being brothers and sisters, without wanting to sound clichéd; we fight out of love.

What do you think of the scene in London? Is it a good place to make music?

SM: I think it’s really good. The only thing that’s destroying it is money.

GB: Yeah, there’s actually still a really good community though. Aaron [Cupples] from Civil Civic helped to finish one of the tracks we’d started in South America. He’s got a great studio in Hackney Wick.

SM: There’s a great community where you can just exchange things, it’s very close. Even Swim Deep posted about our show tonight, because we used to put them up when they came down to London. We took them to get tattoos.

GB: It is a good place to make music; it’s as good as it’s ever been. There are loads of good bands.

SM: I do think the UK music scene can occasionally seem shut-eyed though. There are certain bands where they’re like “Oh, we don’t want to write about that”, as if you can’t possibly like a band from Turin.

Any new bands you would like to recommend for our readers?

GB: M+A. They’re amazing, we played a show with them in Palma, they were great.

Is Tropical, thank you very much.

For further information about Is Tropical and future events visit here.

Read our review of Is Tropical’s concert at the Moth Club here.

The Local Stigmatic: A chat with director Michael Toumey
This Is Living: An interview with Liam Borrett