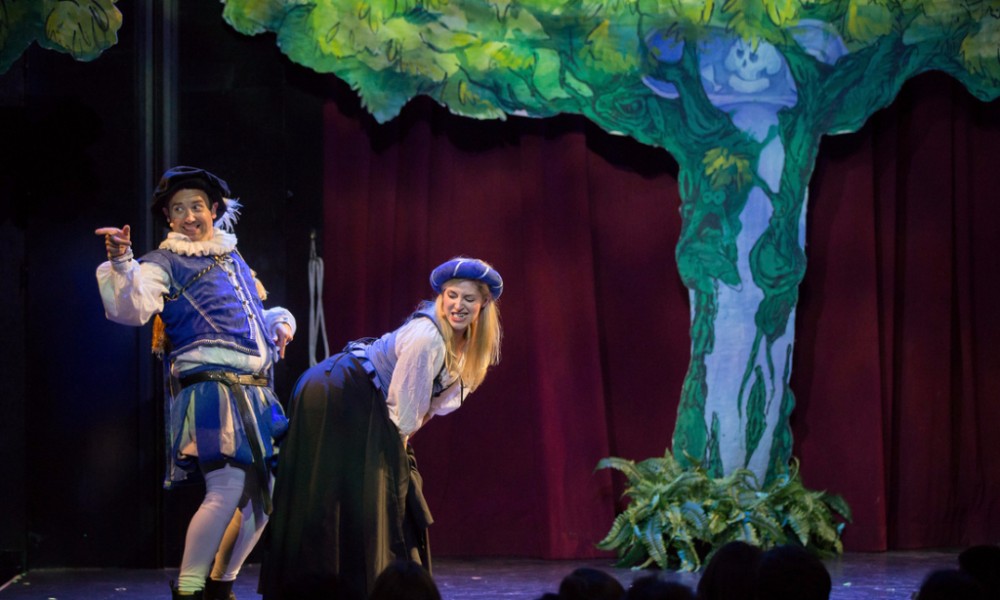 It’s impossible to have missed that William Shakespeare turned 400 years old last week – most of London is bedecked in references to the most famous playwright our country, perhaps even the world, has ever produced. Whilst the majority of these productions, exhibitions and tributes were completed in the highest of taste, one thing you can always trust the English to do, and do well, is incorporate booze into anything. Not even the Bard himself can escape the British public’s insatiable appetite for alcohol.

Step forward Sh*t-Faced Shakespeare, who rolled their theatrical cart into London’s West End last night, much to the delight of everyone present. On the outside there wouldn’t appear to be too much going on here. After all, a travelling theatre company putting on a production of A Midsummer Night’s Dream is hardly outrageous. However, one minor difference comes into play, and that is the fact that one of the actors in the production is harrowingly, blisteringly, hauntingly drunk. It is therefore the responsibility of the rest of the cast to try and drag the play to its conclusion with the inevitable anchor of the lead actor trying to nip out for a kebab hanging around its neck.

If you are a purist, stop reading now, because last night’s production was to Shakespeare what a Nickelback album is to music: an abomination. However, if you were interested in seeing a serious Shakespeare production, it’s worth asking yourself why you would attend an evening that has the term “sh*t-faced” in its title.

It’s a riot and an absolute joy to behold. The laughs are cheap, but the premise is actually very clever. The audience is in stitches from the outset, and rarely over the course of the hour-long production do they ever stop. More of a pantomime than a play, the production relies heavily on audience participation, and whilst it may not necessarily have been planned from the outset, it keeps viewers engaged throughout. For the majority of last night’s performance, members of the front row looked genuinely worried that the hammered lead may actually fall into the audience. Jokes aside, the audience genuinely doesn’t know what is going to happen, and it’s refreshing, as the majority have seen Shakespeare and indeed A Midsummer Night’s Dream countless times before. By adding in an external influence (in this case booze) the production is filled with uncertainty, something you can’t often say about Shakespeare. They say that if an idea looks stupid, but it works, then it isn’t stupid. You would struggle to find a more apt description for Sh*t-Faced Shakespeare, as it is an hour of hilarious entertainment, pure and simple.

Sh*t-Faced Shakespeare is on at Leicester Square Theatre from 27th April until 11th June 2016, for further information or to book visit here.