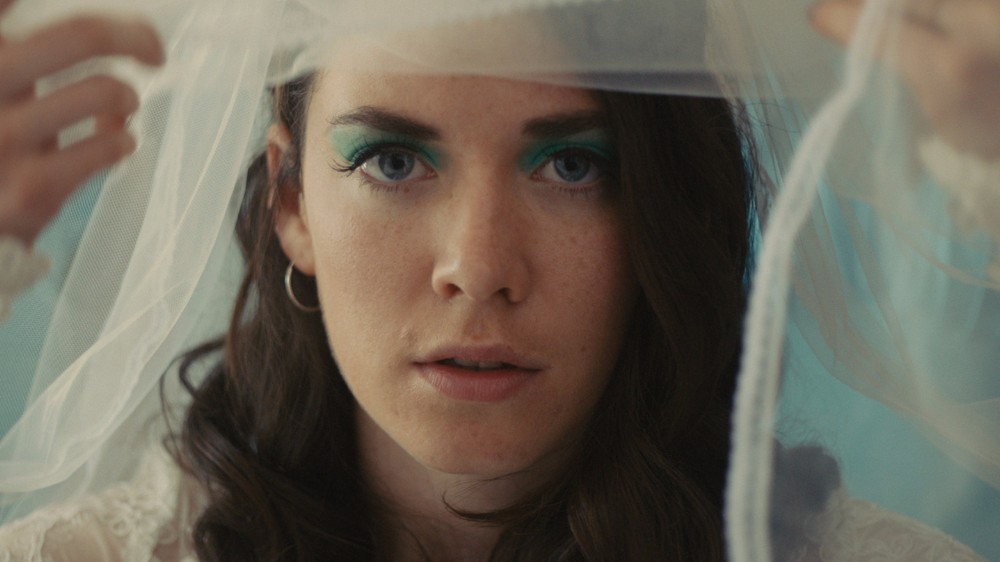 They don’t come around often, but anthology films can be very rewarding. The concept worked for Mario Bava’s Black Sabbath, Maugham’s Quartet of short stories, and sex romps such as Le Ronde. Madly is a new anthology film consisting of 15-minute vignettes about the love relationships do or do not inspire.

The only cinematic theme Madly’s six films share is a crash heard when a character is in crisis. Five of the seqments are cohesive – particularly the two that are over-the-top. Sion Sono’s Love of Love chronicles a Japanese family’s bonding at a sex club; Sebastián Silva’s Dance Dance Dance is its Dickensian opposite. New York City street performer Rio (Lex Santos)’s parents throw him out when he comes out. His first night on the streets juxtaposes Christmas with a hellish homeless shelter.

Gael García Bernal’s Love of My Life is the most disappointing segment, about an older man (Pablo Seijo) and younger woman (Justina Bustos) who are expecting a baby. The Argentinian couple’s boredom is infectious. While the impending event and its aftermath are clear, other storytelling elements are not, due to Bernal’s arthouse overkill (origami paper cranes, a panoramic restaurant window looking onto “the real world”, the camera lingering on the monitor screen showing the foetus).

Madly’’s three standouts are about women. It is a sad indictment of Hollywood that omnibus storytelling is where to find compelling female protagonists. On the advice of a well-meaning friend, bored Indian housewife Archana (Radhika Apte) goes Clean Shaven for her uptight husband. Here, clean-shaven is a do-it-yourself Brazilian with a razor. Director Anurag Kashyap never lets Archana speak above a whisper, making Apte’s performance all the more powerful.

Natasha Khan’s I Do is Madly’s last and best section. A British bride (Tamsin Topolski) has second thoughts…or does she? Khan blurs fantasy and reality so that viewers experience the bride’s emotions as she does. Topolsk and I Do are heartbreaking.

On the whole Madly is an ambitious project of compelling filmmaking and storytelling – and instead of one worthwhile film, there are several!

Madly does not have a UK release date yet.