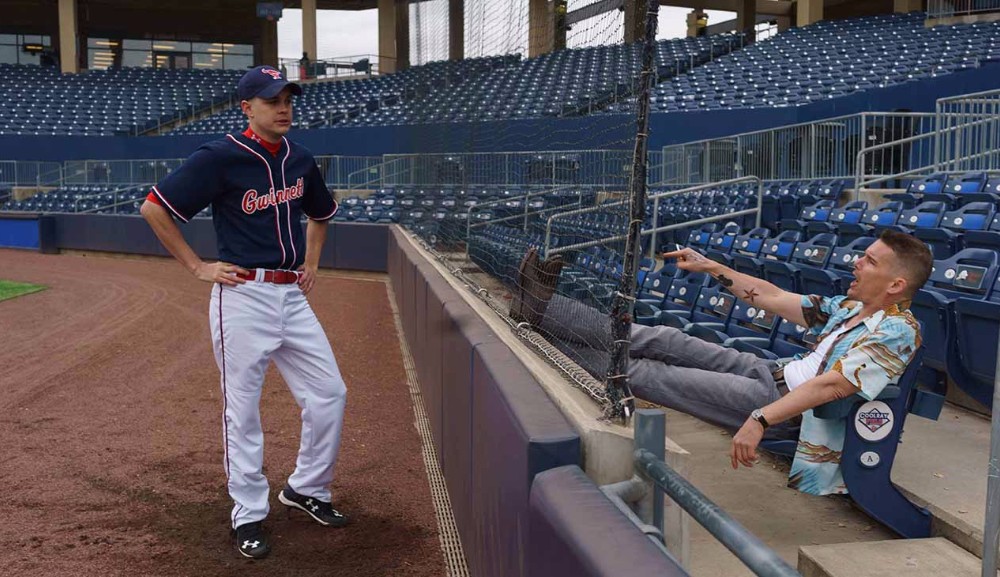 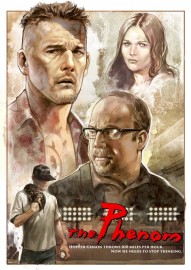 Director Noah Buschel, no stranger to the Tribeca Film Festival (Glass Chin, 2014), returns with a poignant and unapologetically disjointed baseball drama that breaks tradition, for better or for worse. Out of the gates, the film is appealing for topical and thematic reasons: A young baseball prodigy is struggling to negotiate his meteoric rise to the major leagues, but he is tormented by an abusive father and receives much-overdue therapy from a sports psychologist, played by Paul Giamatti.

However hackneyed The Phenom’s story may be, it is helplessly alluring, and the acting is quite skillful: performances span from expertly subtle (Johnny Simmons as Hopper, the rookie pitcher) to virtuosic (Ethan Hawke as Hopper’s drunken, domineering father). Hawke carries the film, expressing his character’s perversion of fatherhood with complete mastery, as though he has ripped open his psychic liver and fished out the bloodiest, meanest parts for display purposes.

Thankfully, the expert dramatic performances balance out what feels like a tenuously entwined collection of vignettes. Though the movie is respectable in its attempt to bend space-time in telling Hopper’s story, it becomes a bit aimless and, at times, confusing. Amongst casual flashbacks and indistinct changes in uniform, one begins to feel as though the camera is only magnifying different sections of one big collage, with varying levels of interest and success.

Some scenes feel forced, for instance, Hopper and his girlfriend are at a diner, and they are high school-aged – except their conversation and appearance are far too adult, even for a young man and woman who are about to enter professional baseball and Yale, respectively. At the same time, other elements of the filmic collage are triumphant. Within a few darkly comical motel scenes, Buschel and cinematographer Ryan Samul deftly capture the strange combination of lavish amenities and lonely destitution afforded by a life on the road.

Hopper’s abusive father is described in the film as “a piece of work,” and that is a perfect description of The Phenom, as a whole. Although the film misses the mark with character background and story – almost to the point where one craves a redemptive Good Will Hunting “it’s not your fault” moment, or some sort of blockbuster no-hitter montage – it is a substantially thought-provoking piece of work that reveals, admirably and optimistically, the complexities of a damaged father-son relationship and the power of forgiveness.

The Phenom does not have a UK release date yet.