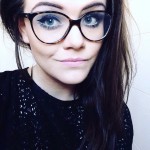 A modern-day Mozart with the ability not only to write a song, but to play every single instrument on that song, produce and then market it to the world, Prince was the ultimate entertainer. Shrouded in mystery and magnetism, writing hits seemed to come to him as easily as breathing, as did his distinctive and ever-evolving sartorial image.

Following his unexpected death last week, we have seen a global outpouring of sorrow, the sheer scale of which demonstrates just how much of an influence Prince had on so many different cultural fields. As someone who communicated as much through his fashion choices as his songs, he will undoubtedly be remembered as a revolutionary style icon as well as a musical genius.

Much like his genre-defying songs, Prince’s wardrobe broke down barriers; barriers between the established ideas of gender roles, between stereotypical definitions of sexuality, and between conceptions of so-called “black” or “white” music.

In 1980, Prince released the album Dirty Mind, the cover of which showed him wearing a studded, broad-shouldered jacket, a bandana knotted nonchalantly around his neck, and a fairly small pair of black briefs. Twelve months later, the jacket was discarded and there he was on the cover of Controversy, posing unabashedly beneath a crucifix on a bathroom wall and wearing nothing but those black briefs. This diminutive and (by all accounts) shy young man was now well on his way to becoming a sex symbol.

The dawning of the MTV era was to launch Prince to stardom as a visual – as well as musical – icon. As the best marketer of his own image, he realised how to best make use of this new and revolutionary medium to project his dynamic persona and unique style to a wider audience. MTV meant you didn’t have to see Prince live to see him perform – and, really, it was all about the performance as a whole rather than the individual elements of songs, costumes and attitude.

2016 has Beyonce and Lemonade, but 1984 had Prince and Purple Rain. A hugely popular full-length film, the now-iconic image of Prince in character as “the kid” – sitting astride a motorbike in a bright purple suit and white ruffled blouse – seemed to usher in a whole new era of style choices for Prince. From this moment, purple became the artist’s signature colour, and one of his many monikers would become simply The Purple One.

It was during this time in his career that Prince began to be known for his dandyish, flamboyant style choices, which more often than not involved brocade, paisley, neo-Edwardian shirts and platform boots. The world had never seen anything like him – it was the first time that a black musician had played with constructs of gender and sexuality to such a huge extent. Armed with crop tops, lace and leotards, he challenged typical ideas of masculinity – and particularly black masculinity – paving the way for the increasing absence of gender-specific fashion with which we are so familiar today.

His style was not even what one might call “ogynous” – it was in fact completely above and beyond the constraints of normative gender roles. His self-assured, unapologetic wardrobe exuded an idea of someone who was totally free, something that felt especially reactionary in a conservative Reagan-era America. He famously changed his name to a symbol that combined the gender signs for man and woman in a move that matched his politically and sexually charged image.

In his later years, the artist’s look became slightly more refined. Sharply tailored suits accessorised with flamboyant flourishes, such as a bright scarf or head wrap, became his new signature.

Until the day he died, Prince never stopped. Continually deconstructing societal ideas of gender, sexuality, race and rock ‘n’ roll, there are not many people in this world with his combination of passion, ambition and raw talent. For Prince, clothes were just another means to artistic expression – one more outlet for his vast creativity.

Unlike many of today’s stars, he never stuck to wearing a particular designer, or fell a slave to corporate deals with specific brands. As in every other aspect of his life, he was totally and fearlessly free. For The Purple One, clothes were not a symbol of status of wealth, but rather another facet in a life that was itself a performance; a work of art.