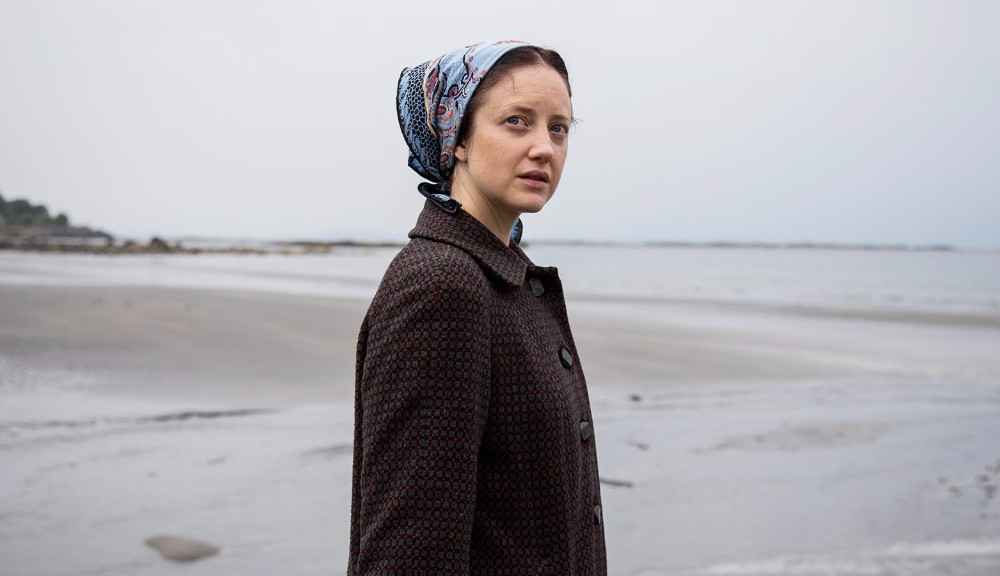 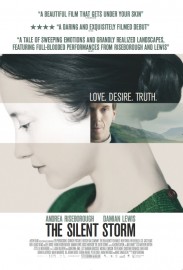 On a remote Scottish island, local minister Balor McNeal (Damien Lewis) is fighting to keep his flock from leaving, after the local mine closes and the entire community loses jobs. He’s a god-fearing man whose tactics are lost on his mystified wife, Aislin (Andrea Riseborough), who is treated as an outsider for turning her back on the church.

Like other women on the island, Aislin feels like a slave to her paternalistic and violent husband, growing unhappier by the day. As the couple’s troubled marriage is reaching breaking point, an attractive young man arrives to live with them in an attempt to rehabilitate his “sinful” ways. Here the film takes a predictable, yet much welcomed turn, as free-spirited Aislin and poetry-loving Fionn (Ross Anderson) form a delicate bond, putting additional strain on her unfulfilling marriage. Their blossoming relationship breathes new life into the movie, which hitherto is so bleak and full of clichés it’s almost tedious.

Lewis’ tyrannical, bible-thumping Balor is frequently too intense and over-the-top, making his outbursts hard to transition from. In contrast, Riseborough steals the show as her character develops, slowly revealing the passion that lies beneath the demure standards forced upon her. Anderson for his part is a treat too, perfectly playing the sensitive “delinquent” who offers Aislin a release from suffocating conventions.

The film, which originally premiered at the BFI London Film Festival two years ago, is Corinna McFarlane’s debut feature. It’s a commanding effort, and the artistic function of the cinematography is dramatic and superb.The love-triangle drama is at times predictable, but that’s to be expected within the genre. Still, there are some unexpected twists that give colour to the otherwise grey film.

Beneath its harsh surface, The Silent Storm is a visually stunning and tender movie that draws viewers in with impressive performances.

The Silent Storm is released in selected cinemas on 20th May 2016.

Watch the trailer for The Silent Storm here: