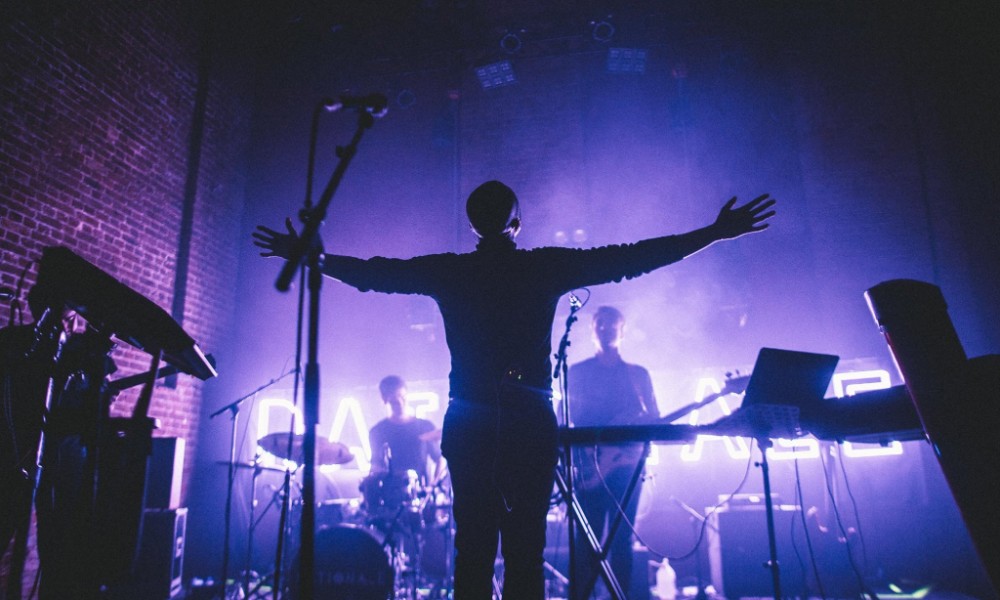 Who is Rationale? He burst onto the scene last year with his widely appreciated debut, Fast Lane, and since then he has slowly been drip-feeding his ever-growing fan base with new singles and an EP. His real name is Tinashé Fazakerly and, despite recently completing his UK tour with a sold-out show at London’s Village Underground in April, he promptly returned to Scala last night to showcase old songs and new, and give his fans the chance of a sneak peak at what to expect from his upcoming album.

Though he only dropped Fast Lane last year, Rationale is no stranger to the world of music production, having previously worked with Mark Crew in producing Bastille’s multi-platinum-selling record Bad Blood. The relationship is almost instantly obvious, as set opener RE:UP is bright, poppy and wonderfully loud. It becomes quickly clear that Fazakerly is a man who cares a lot about his sound, with every instrument easily recognisable in the greater sonic wave that emanates from the stage. Fast Lane itself gets the crowd excited, with many fans delirious at the notion of finally being able to hear the single that introduced them to Rationale in the first place.

Rationale’s previous production influence was all over the set. Unfortunately, there are times when Rationale seems to be using too many borrowed ideas, rather than coming up with new ones. Songs like The Mire were somewhat uninspired and, whilst not being actively unpleasant, felt more like they were designed to fill time than actively contribute to the show.

Despite this, there are plenty of hits on offer. Loaded Gun is something out of the blue, with a much heavier and funkier sound than previous tracks, and it is graciously received by the audience. Closer Fuel to the Fire is an absolute delight, allowing Fazakerly to really demonstrate his stellar vocal range. There can be no doubt that Rationale understands modern pop music and how to make it, and his debut album will surely be eagerly anticipated by the hundreds of satisfied fans at Scala last night.

For further information about Rationale and future events visit here.