Diao Chan: The Rise of the Courtesan at the Arts Theatre 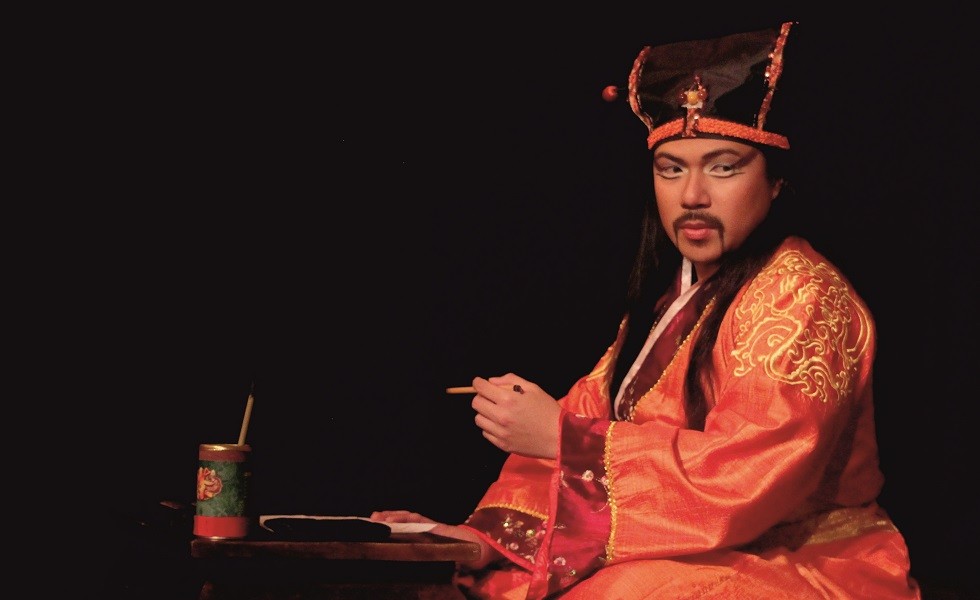 Diao Chan: The Rise of the Courtesan at the Arts Theatre | Theatre review 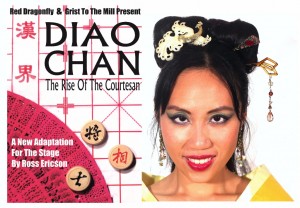 Diao Chan: The Rise of the Courtesan

Based on the Chinese classic, The Romance of the Three Kingdoms, Ross Ericson’s DiaoChan: The Rise of the Courtesan is a remarkable and unique portrayal of a highly intelligent and charming courtesan, or “singing girl”, DiaoChan, whose influence over the most prominent men in the Han Dynasty court has a powerful impact on the outcome of their personal and political lives, and even on the course of history.

Often called the Chinese Macbeth, DiaoChan: The Rise of the Courtesan is brilliantly written by Ross Ericson in a style that perfectly combines the beauty of a Chinese cultural epic tale with Shakespearian literary grace. Opening with the sound of a pounding drum beat, the screams of the tortured, and characters in period costume, Shogun comes to mind. However, not just a historical drama, DiaoChan is a highly witty, humorous, ingenious and perceptive allegory about power, lust, political manoeuvring and human frailty amid significant historical events.

Incorporating the spirit of the Han Dynasty and modern sensibilities with wit and brilliance, the actors are outstanding. In particular Michelle Yim is radiant as DiaoChan; with both strong talent and star quality magnetism, she is sharp and charismatic as an actor as well as a strikingly graceful dancer. The lovely period costumes are magnificent, and between scenes the artfully designed set is cleverly and dexterously rearranged by the actors with dancers’ nimbleness.

Feminism is a substantial theme in this work and DiaoChan is a true feminist: “Is a woman not equal to a man? Are we not too flesh and bone”. She is smarter than the men around her and outwits them all. In fact all three female characters are strong. The other two, WangYun’s daughter and DongZhuo’s mother, are both excellently played by Siu-See Hung. The mother in particular is feisty, outspoken and brave. Michelle Yim, also artistic director of the play, stated “While women are protagonists in traditional Chinese plays, they are often meek, dutiful people…We wanted to create someone witty and clever.”

High quality theatre and acting, superbly written, original, very relevant and with comedic flair, DiaoChan: The Rise of the Courtesan is a tremendously enjoyable, exceptional work.

Diao Chan: The Rise of the Courtesan is on at the Arts Theatre from 9th May until 28th May 2016, for further information or to book visit here.

Diao Chan: The Rise of the Courtesan