The Little Gardener: An interview with director Eva Sampson 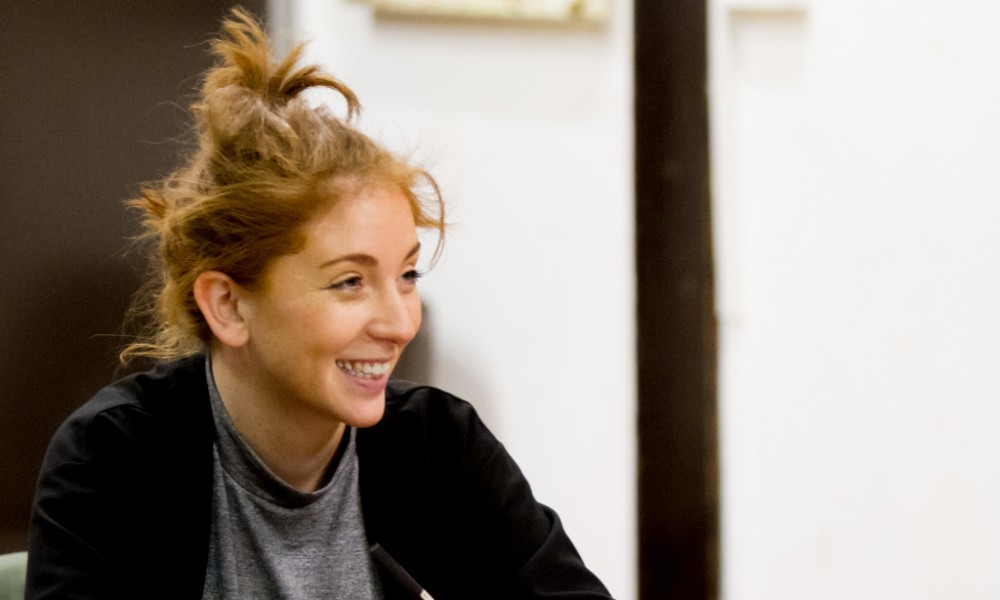 The Little Gardener: An interview with director Eva Sampson

Eva Sampson is co-artistic director of How It Ended, an inventive theatre company that aims to excite young audiences. Its latest show The Little Gardener is based on Emily Hughes’ much-loved children’s book of the same name. Unlike your typical show, this one takes place not on a stage but inside a large glass box containing a real-life garden. The audience is invited to get stuck in and tend to the plants and flowers. We caught up with Eva to hear more about this exciting project and to find out what gets her inspired.

In the real garden that makes up The Little Gardener’s set, what kind of plants do you have growing?

We have lots of geraniums, which are wonderfully sturdy. We have beautiful little marigolds, lavender bushes, lemon balm, mini trees and plenty of herbs including mint, rosemary and thyme.

It’s certainly going to smell beautiful in there! What are the difficulties – and the delights – of creating theatre for small children?

I love the honesty of children and their responsiveness as audience members. When you’re adapting a picture book for the stage, especially one that is much-loved by children, there’s of course a pressure to really do it justice. I believe that there will be elements of the book, certain images that a child will want to see on stage and they will find pleasure in their recognition of them. These images are my starting point. It’s then about building on these images in an imaginative way, sometimes re-inventing them but always, at all times, staying true to the story. For me, it’s really important that we create non-patronising, playful pieces of theatre, which encourage children to use their imaginations.

Do you have young children of your own?

Not yet. I do however have a niece and nephew who are quite frankly the best. Zach is four and Chloe is 18 months. Being able to share my work with Zach has been a massive joy for me and it’s so wonderful to be able to see it through his eyes.

When you were a child, did you get to see much art and theatre?

I remember seeing a lot of theatre and cinema with my grandma as a child. She used to take my older brother and I on days out and I look back on those days really fondly. My late uncle Richard Sampson was also a dancer and choreographer who worked on many musicals in the West End in the 80s. Richard is a massive inspiration to me and I inherited a huge vinyl collection from him, which I really cherish.

This show includes a Little Gardener puppet and his pet worm. What was your own first experience of puppetry?

My Grandma took me to see Sooty and Sweep – the stage show – when I was about three years old. Apparently I was convinced that Sweep was a squirrel and proceeded to shout out our “Cyril!” for the duration of the show. I have always loved puppetry – it’s such a magical thing can bring out the child in us adults.

You’re taking The Little Gardener to this year’s Latitude Festival. What are the challenges associated with performing at a festival? How does your audience differ?

I think festival audiences are great and really engage. There’s so much going on at a festival that there’s an open-mindedness that develops and a willingness to get involved, which is fantastic for interactive theatre. The challenge, as always with outdoor work, is the double-edged sword of your audience’s freedom to roam – passers-by can soon become audience members but also quickly vice versa. Therefore, it’s really important that we ensure the piece is as spellbinding as possible! Of course, weather is also a factor – whatever the weather, the show must go on, but sunshine is of course our preferred lighting state!

Congratulations on being awarded the Outdoor Performance Commission 2016, enabling you to create this show. Did you come up with the real-garden-in-a-box concept in response to the brief or was it an idea that you already had brewing?

Thank you! Well, as huge fans of Emily Hughes’ work and having worked with her previously on the stage adaptation of her debut book Wild (which we workshopped last year with great success), the release of her second book The Little Gardener immediately set our brains whirring. The book felt like prime subject material for adaptation, particularly outdoor theatre – not only because of its garden setting but because of its potent message about community and the active good will of others. It seemed only right for the play to be set inside a large greenhouse! When we saw the opportunity to apply to the Outdoor Performance Commission, we thought it was a great chance to pitch the idea and at least gauge the response from the panel. We were so delighted and surprised to have been awarded it.

Can you describe Darren Clark’s original soundtrack for us?

Darren is still developing the soundtrack in rehearsals but already there are songs to make you laugh and others to make you cry. Darren is a brilliant lyricist as well as a composer and his pieces really serve the narrative. The soundtrack is predominately piano-based with a little ukulele in there too.

How did you meet Teresa Burns? What is it that makes you suited to working creatively together?

We met on the drama course at the University of Birmingham. We began making work together in our final year there and we haven’t really stopped since then! I think our partnership works because we not only get on so well as friends but we also respect each other as creatives. Honesty is also key – we know we can be completely and brutally, gut-wrenchingly honest with each other and that ultimately the other one will take it on the chin. We have very different skillsets (Teresa being a writer/dramaturg) but we’ve always shared the same overall vision for the company.

There’d be lots of live music and song. We’d have a cast of at least 70. Probably set on the site of a worn-out, old theme park.

The Little Gardener is on at the Lyric Hammersmith on 7th and 8th June 2016, and tours until 30th July, for further information or to book visit here.

Check back soon for our review. 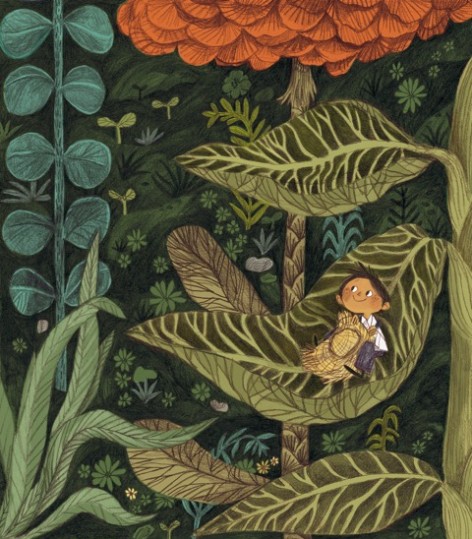