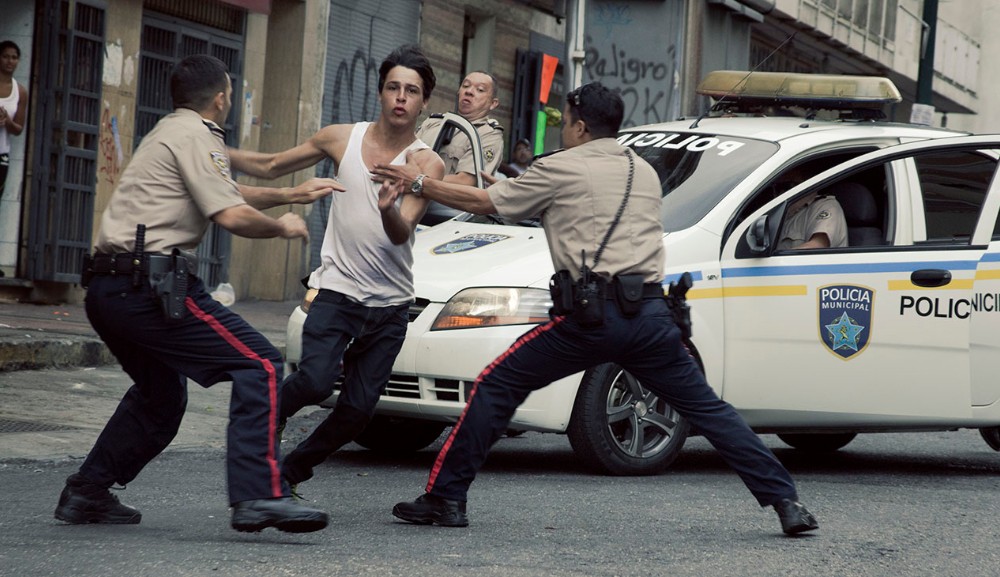 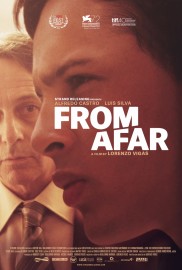 Venezuelan director Lorenzo Vigas has not chosen the most innovative subject matter for his debut film, but From Afar has intrigued audiences for its subtle storytelling and for skilfully transmitting, in gradual doses, the psychological complexities that can lie behind a casual encounter. The film was running against many high-profile names at the latest Venice Film Festival, and when it managed to win the Golden Lion it came as a surprise to many.

Set in a heaving Caracas, the story sees the middle-aged wealthy Armando (Alfredo Castro) cruise the streets in search of young men that may be lured, with money as an incentive, back to his apartment. When he persuades street thug Elder (Luis Silva) to follow him, things don’t go according to plan and the man finds himself beaten and mugged instead. Unexpectedly, Armando becomes oddly fascinated with the boy and his interest soon develops into an obsession.

A desperate need to connect makes the initial violence-fuelled encounter give way to what appears to be a genuine attachment between the two men, in spite of the unlikely premises. The motives behind their actions are never completely clear, and the unexpected finale adds further ambiguity. It is implied that what seem to be demonstrations of affection can just as easily be assertions of power.

The leads are deeply troubled and not very likeable, but the film does not rely on the audience’s sympathy for them, but rather on the unpredictability of their next moves. Repressed feelings force themselves through dangerous outlets, and in what appears to be a survival-of-the-fittest game, the one that displays vulnerability becomes a victim.

The film does not rush the narrative. In fact, the pace may seem too relaxed for some. Dialogues are sparse and the absence of a soundtrack is definitely felt as most scenes are characterised by prolonged silences where background noise dominates. The camera work manipulates the audience’s attention by often exalting one detail and leaving the rest out of focus. There is perhaps an overuse of suggestive close-ups of Armando’s troubled face.

From Afar is not overtly captivating and it does require the audience’s own input. It’s a film that gives information away sparingly, leaving a lot of room for guesswork. The underlying social commentary on Venezuela is a mere byproduct of setting the story in Caracas: Vigas is clearly more interested in the troubles of the mind. The film definitely has a pull and a raw quality that is likely to affect, and perhaps even perturb, as it invites viewers to contemplate the disquieting outcomes of loneliness and trauma.

From Afar is released nationwide on 30th June 2016.

Watch the trailer for From Afar here: