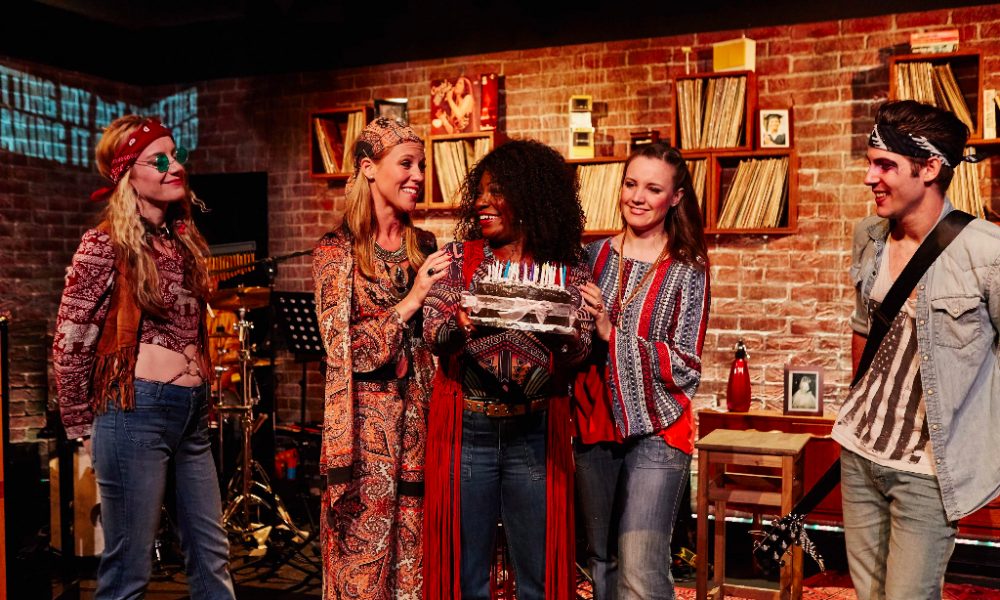 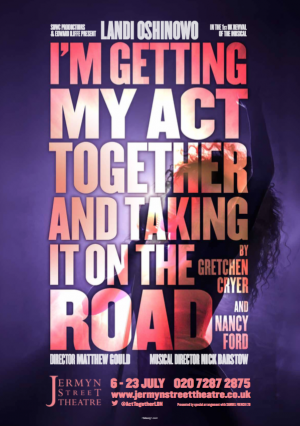 I'm Getting My Act Together and Taking It on the Road

After a 35-year hiatus, I’m Getting My Act Together and Taking It on the Road debuts off-West End at the Jermyn Street Theatre, providing a humorous musical scrutiny of traditional gender roles and relationships.

Fed up with being forced to perform what people expect, 39-year-old singer Heather (Landi Oshinowo) tries something different for her upcoming show: songs that expose the harsh truth about (im)perfect wives, strong women and failed relationships. Why is it that wrinkles aren’t sexy in women? Why is it that men tend to shy away from an independent woman? Intermixed with sketches featuring the rest of the band that depict Heather’s personal life, the act is unconventional, much to the despair of her manager who isn’t at all happy that Heather has turned over this new leaf and wants her to go back to her old act.

While the actual plot is disappointingly flat-lined – every number is followed with the same dispute between artist and manager – the songs provide amusing entertainment and still hit a note with a contemporary audience, even though the musical stems from the late 70s. Oshinowo’s voice is marvellous, and she embraces her character well, but the rest of the act does not come together enough to take it on the road just yet. Not everything runs absolutely smoothly: the microphone rasps over the voices and the ensemble characters of the band seem somewhat under-rehearsed when handling props.

Nonetheless, I’m Getting My Act Together and Taking It on the Road provides the audience with an entertaining 90-minutes that will leave them questioning their own relationships in life.

I’m Getting My Act Together and Taking It on the Road is on at Jermyn Street Theatre from 6th until 23rd July 2016, for further information or to book visit here.

I'm Getting My Act Together and Taking It on the Road