The Confession – Living the War on Terror 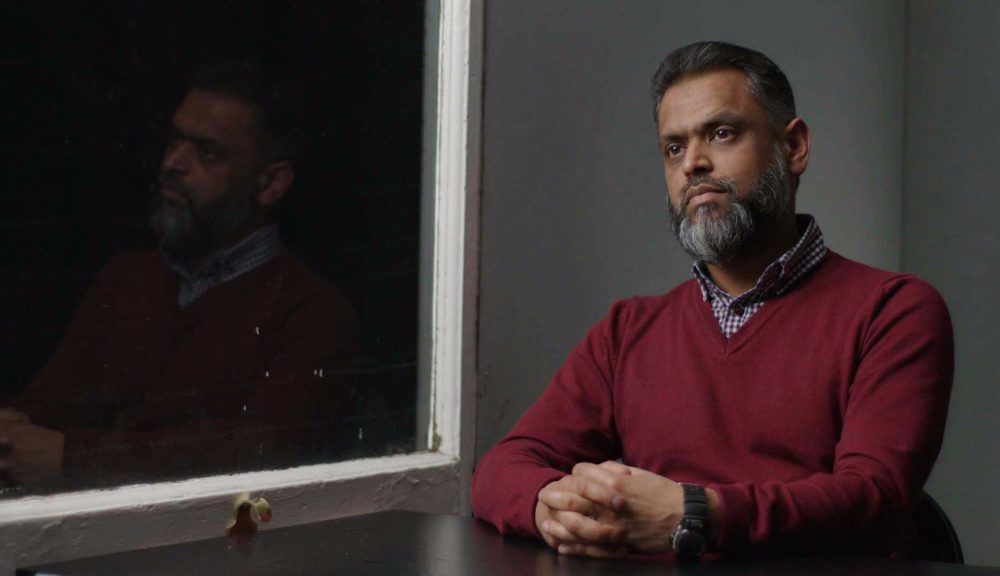 The Confession – Living the War on Terror | Movie review 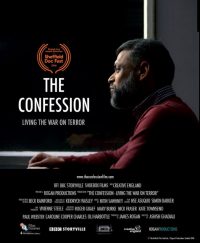 The Confession - Living the War on Terror

Exonerated of seven charges of terrorism in October 2014, after falsely confessing to being a member of Al Qaeda under duress of torture at Guantanamo Bay, British Pakistani Moazzam Begg tells his story in the fascinating documentary, The Confession – Living the War on Terror, directed by Ashish Ghadiali.

Primarily an interview with Begg by the director, the film includes various shots such as Jihadist-related news reports, flashbacks of previous dialogues with the subject, and speeches by Blair and Bush. The presentation is dramatic, with visuals of the interviewee sitting at an angle in half of the frame, reflected in a window. Using masterful cutting from the exchange with the former detainee to skillfully chosen shots of events, the directing and editing are both excellent.

As a peaceful Muslim who loves his country (“I love the idea of a multicultural Britain. I support it completely”), Begg, however, stands up for the right of Muslims to defend themselves from attacks by the West, while declaring himself firmly against the targeting of civilians. He supports Islam; the bookshop he ran contained radical material on the subject of Jihad as well as tomes on Osama Bin Laden. Yet his view of Jihad is that it should simply be about self-defence, not aggression.

Begg discusses racial discrimination as a youth in the UK, which caused him to seek his identity in Islam, and drove both his desire to learn about events in the world relating to discrimination against Muslims, and his efforts in helping his brethren. Investigating the Taliban in Afghanistan, he was accused by the UK and US of having joined the movement. Involvement in the aid of the Bosnian Mujahideen as well as helping Chechens and Syrian rebels also attracted the suspicions of MI5 and the CIA.

Ashish Ghadiali’s piece reveals Begg as seemingly genuine in stating he believes Jihadist terrorism is wrong. The essential issue is that he was kidnapped, removed from his family and tortured at Guantanamo Bay, without criminal conviction, and arrested as a terror suspect in Afghanistan, Pakistan, Cuba and the UK with no concrete evidence: “False imprisonment is a crime. Torture is a crime,” he says. The documentary brings home the immorality and illegality of conviction without due process and that torture is unacceptable.

An engaging, accomplished work that sheds light on a crucial topic of our time, The Confession – Living the War on Terror is a very significant film and highly recommended viewing.

The Confession – Living the War on Terror is released nationwide on 12th August 2016.

Watch the trailer for The Confession – Living the War on Terror here:

The Confession - Living the War on Terror