Animal (Are You a Proper Person?) at Gilded Balloon 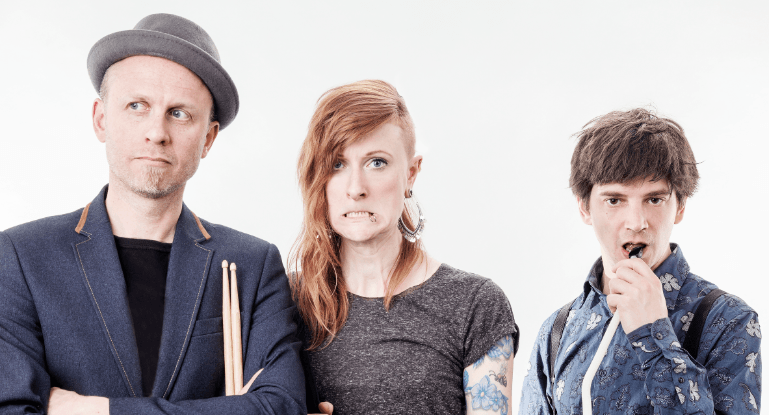 Ed Fringe 2016: Animal (Are You a Proper Person?) at Gilded Balloon | Review 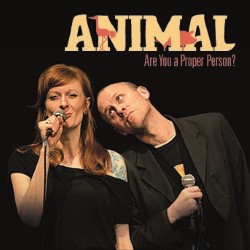 Animal (Are You a Proper Person?)

Animal (Are You a Proper Person?) is a comedy/musical story-telling session following the development and lives of two people, Anna Freeman (comedian and novelist) and Chris Redmond (writer, poet and musician) who, spiritually, are a flamingo and a pig respectively. Tales of Anna’s hippie parents and awkward teenage encounters, quips about Chris’ slightly mental drum instructor and general life advice build the spine of this show, as spectators follow the performers’ journeys to discover their inner spirit animals, all nicely accompanied by a musician from the Tongue Fu band.

The piece starts off well, with members of the audience encouraged to think about what they would be if they were animals. The solo keyboardist/guitarist is playful in his musical interpretation of a penguin and a deer meeting in a forest. Freeman and Redmond are lighthearted and harmlessly funny.

However, despite the uniqueness of the show’s themes and its potential, as the hour goes on, jokes become more and more contrived and almost predictable. The performance unfortunately strays from how it is advertised – a show about the “animals that guide us”. The animal theme is tenuous, and the performance is saved instead by the impressive and amusing rap interludes. It also seems almost a shame that drumming and music are not exploited more throughout, as those are the true redeeming factors of Animal.

There is no arguing that the show is high-energy; the performers’ enthusiasm is palpable and undeniably warm, but by the end, the viewer is left almost tired after shouting out what seem like random animal sounds as a last-minute return to the spirit animal theme. Animal (Are You a Proper Person?) would perhaps be better off advertised differently as embellished story-telling and clever music rather than comedy. Whatever the tagline, however, this is a production brimming with energy and, for the spectator with the right taste and expectations, provides a quirky and upbeat afternoon.

Animals (Are You a Proper Person?) is at Gilded Balloon Teviot from 4th August until 28th August 2016, for further information or to book visit here.

Animal (Are You a Proper Person?)

Her Name Was Carmen at the London Coliseum | Theatre review
Ed Fringe 2016: The Thinking Drinkers: Around the World in 80 Drinks at Gilded Balloon at the Underbelly Med Quad| Review