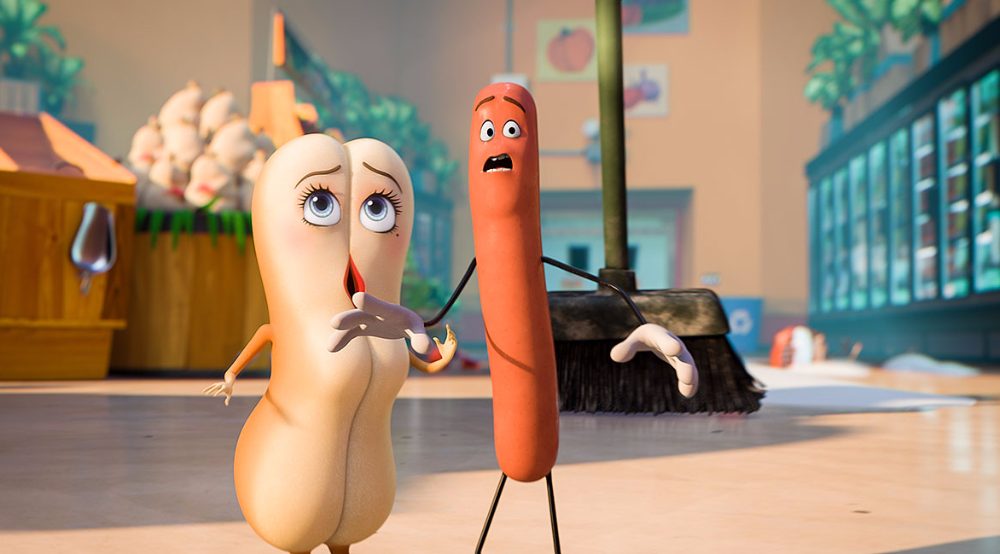 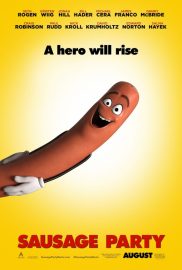 For a film that has been almost ten years in the making, it lacks a certain finesse. Sausage Party is the love child of Seth Rogen and Evan Goldberg and is a fair representation of their offbeat sense of stoner humour.

The premise revolves around anthropomorphised food discovering their fate outside of the supermarket, propelled almost solely by visual gags and food puns. There is an undercurrent of a morality tale, exploring the characters’ various “religions” – which all worship the humans as Gods but ultimately lead to disagreements. While this is underdeveloped, the movie’s pacing and bright visuals happily distract.

The animation is beautifully detailed, fluid and convincing, with some really smart design choices that feed into the characterisation of the food – making a pack of mass-produced sausages identifiable as individuals is hard.

Admittedly there’s going to be a certain demographic to whom this film appeals most, like the teenage boys you can imagine writing the script. It’s a brash sense of humour that involves naughty words and lots of sex jokes, which can be fun but is, overall, disappointing.

It’s hard to get past the rampant racial profiling and the hyper-sexualisation of the female characters, passing as acceptable simply because it’s animated roles and not real people. Everyone knows it’s all supposed to be a joke, but the lines don’t always land because they’re not explored enough. With such a modern and unique idea, it’s disheartening to see the film fall into tropes that diminish the supporting cast into roles like overtly erotic, bisexual tacos and mean-spirited Jewish bagels. There’s such a rich mine of material – especially with a growing awareness of cultural sensitivity across the US and UK – but it is not used to its full potential.

This food-inhabited world is a brilliant concept with some heavy-handed writing, where you find yourself asking profound questions relating to consciousness and religion but simultaneously wondering why a bottle of soy sauce is in yellowface.

Sausage Party is a wonderful idea, albeit sometimes poorly thought out, but always gloriously animated.