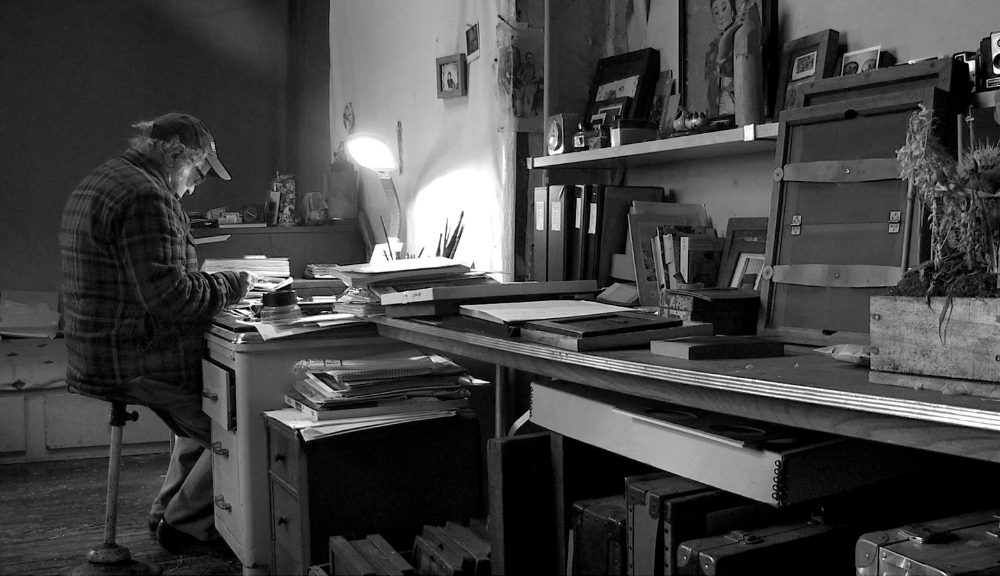 Directed and written by Laura Israel, Don’t Blink – Robert Frank is a wonderful documentary about an artist who has been called the most influential photographer alive. Robert Frank’s iconic pieces are photo classics, his style pure Americana. Israel’s portrayal reveals that Frank is not only a photographic genius but also a prolific filmmaker, and at the impressive age of 91, he is still going strong.

Described by screenwriter and director Richard Linklater as “a restless, searching artist pushing the boundaries of the documentary, experimental, and more traditional narrative forms”, Frank is here portrayed intimately in all his quirky, brilliant, humorously irascible and massively energetic glory. His spontaneous and emotional work indicates a natural eye for composition and an acute sensitivity to the visually stunning, as well as a charmingly irreverent sense of irony and wit. A man who is down to earth, sympathetic to human struggle and drawn to those who are natural revolutionaries, Don’t Blink demonstrates the photographer’s free-spirited disregard for conventional rules and his insouciant rebelliousness.

Collages of Frank’s photographs, his radical moviemaking and vignettes from his life – a retrospective spanning decades – reflect his visual creativity and his cutting edge explorations in film. The documentary explores elements such as his groundbreaking book The Americans; his friendships with Allen Ginsberg and Jack Kerouac formed during the 1950s and early 1960s; his Woodstock-era adventures photographing The Rolling Stones; and his life with painter/sculptor June Leaf.

As Frank’s editor for nearly 20 years, Israel has produced an affectionate, fascinatingly enlightening and winning documentary. With exquisite editing, Don’t Blink – Robert Frank stunningly recreates an atmosphere, a personality, a sense of the times in which this unique, brilliant artist has lived and worked.

Don’t Blink – Robert Frank does not have a UK release date yet.